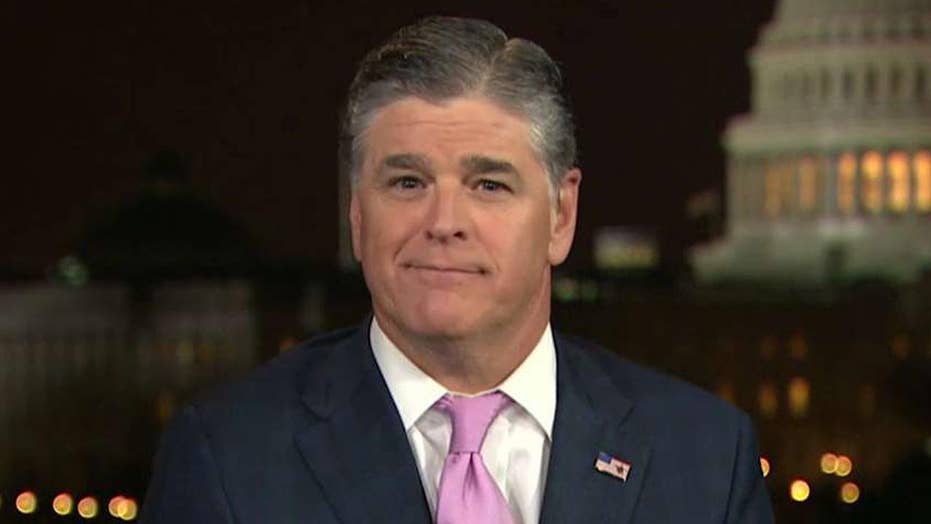 The president is ready to act now to fix this country

Sean Hannity called on congressional Republicans to "step up" and support President Donald Trump after the president addressed a joint session of Congress Tuesday night.

In his opening monologue, Hannity said opposition to Trump's agenda from the "Republican Party establishment" was what he feared the most "because they have the ability to undermine everything that President Trump said tonight that he wants to accomplish."

The host had harsh words for Democrats as well, calling them "partisan, petty and pathetic" for not applauding Trump's promise to create more jobs for Americans.

"They’ll never support him, they’ll never be [Trump's] friends," Hannity said. "So you Republicans, you need to take note. You’re on your own.

"The Democrats will be offering zero help, even though ... it’s their failed radical liberal policies that President Trump and Republicans are now forced to clean up."