A boy stands on a tarp at the Foyer Notre Dame de la Nativite orphanage on the outskirts of Port-au-Prince, Haiti, Friday, Feb. 2, 2018. (AP)

Ten Republican and Democratic members of the U.S. Senate have asked the State Department to pressure the Haitian government to close an orphanage where "multiple" children being adopted by American families have allegedly been victims of sexual abuse.

The letter -- signed by senators from Florida, Pennsylvania, Iowa, Minnesota and Virginia, and addressed to Deputy Secretary of State John J. Sullivan -- says the children at an orphanage on the outskirts of Port-au-Prince tested positive for chlamydia and reports that they have been victims of abuse.

"While Haiti's social services agency has had an ongoing investigation into the orphanage for more than a year, nothing has been done to stop the abuse," the Jan. 29 letter says.

"While Haiti's social services agency has had an ongoing investigation into the orphanage for more than a year, nothing has been done to stop the abuse."

Orphanage Director Eveline Louis-Jacques said Friday that several children in her care had tested positive for chlamydia but said it hasn't been confirmed that they contracted the infection while at the home -- and she vehemently denied that any abuse has occurred there.

"The kids are very well treated," Louis-Jacques said. "They are not in an orphanage; they are in my house, with me."

The orphanage was the site of tragedy during the devastating January 2010 earthquake when nearly 70 children died there during the disaster. The facility now houses 60 children, from ages 1 to 16.

Louis-Jacques said the children could have contracted the infection at birth from their mothers, but the report said the parents of only one of the children also tested positive. 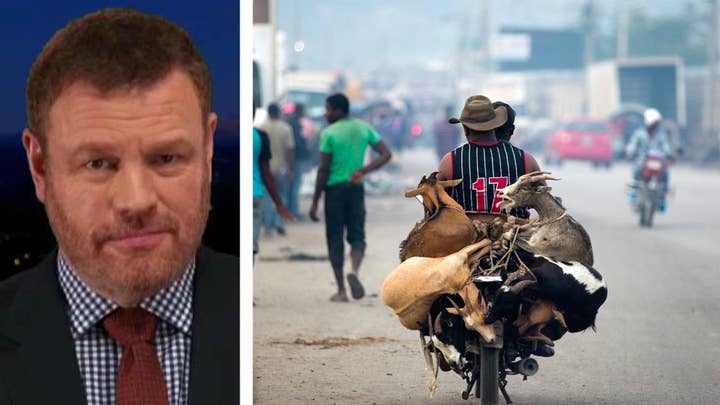 The Senate letter said the State Department should not only push Haiti to close the home and relocate the children but also expedite visas and passports for approved adoption cases.

The State Department said the Embassy in Haiti is aware of the reports of abuse and is "providing all Consular services," without providing details. It added that it seeks to ensure that all international adoptions take place in the best interests of the child.

Bradford Betz is a breaking news reporter for Fox News Digital and Fox Business. Story tips can be sent to bradford.betz@fox.com  and on Twitter: @Bradford_Betz.