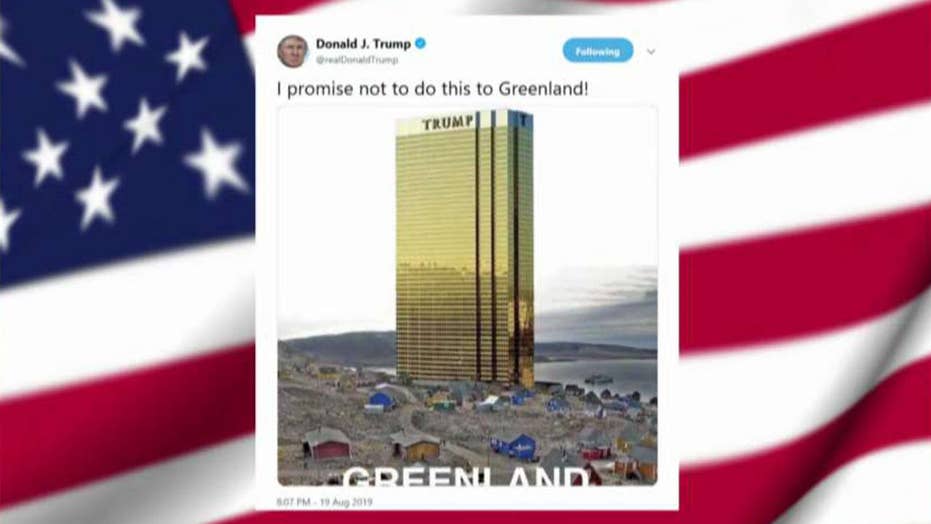 Kim Kielsen said Trump's idea "is not something to joke about" during a meeting of Nordic leaders in Iceland.

His remarks come a day after Trump tweeted a photo of a Greenland village overshadowed by a giant gold-colored "Trump" building.

A captioned that accompanied the tweet read: "I promise not do this to Greenland!"

On Sunday, Trump told reporters his administration was considering buying the sparsely-populated island.

Denmark's Prime Minister Mette Frederiksen called Trump's interest in Greenland "an absurd discussion" during a Sunday visit to the island. Ane Lone Bagger, Greenland’s foreign minister, echoed those thoughts, saying: “We are open for business, but we’re not for sale,”

Trump is scheduled to visit Denmark next month as part of a European trip.