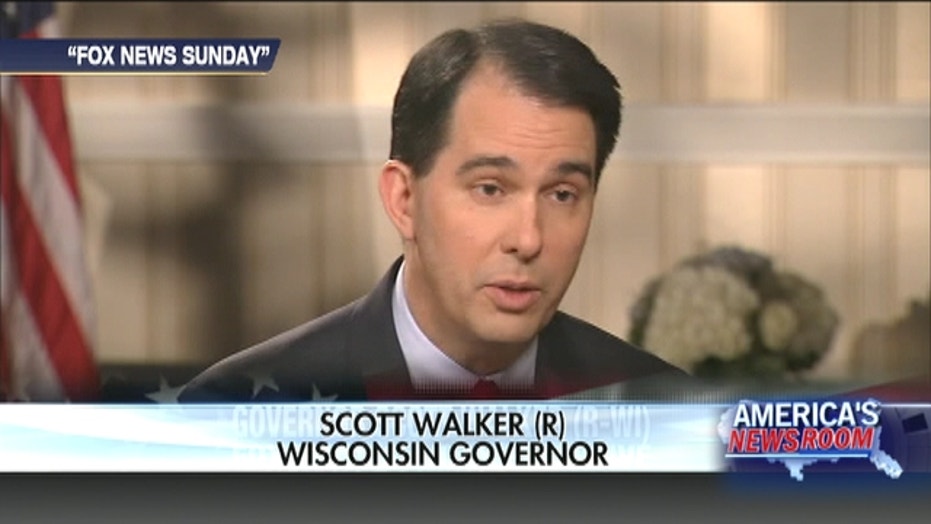 Gov. Walker on immigration: 'My view has changed'

WASHINGTON (AP) – Gov. Scott Walker once envisioned a world where the 11 million immigrants living in the country illegally could embark on a path to citizenship.

But now the Wisconsin Republican calls that position "amnesty" and says his view has changed.

"I don't believe in amnesty," Walker told "Fox News Sunday." ''My view has changed. I'm flat out saying it. Candidates can say that."

Walker, who emerged this past week in the top tier of potential candidates for the Republican presidential nomination for 2016, says the U.S. needs to secure the border and ultimately put in place "a legal immigration system that works."

That means, in part, putting the onus on employers and getting them the tools to do that, like E-Verify, an existing federal program that allows businesses to check the immigration status of new hires, Walker said.

Walker told the Wausau, Wisconsin, Daily Herald newspaper in 2013 that "it makes sense" when he was asked whether he could see a world where "those people" could get citizenship, with the right penalties, waiting periods and requirements in place.

At the time, he supported a bipartisan approach to overhauling immigration, with people waiting to get citizenship having priority and others having a legal pathway to live here legally.

Walker also said Sunday that President Barack Obama or "anybody else who is willing to put their name on the ballot certainly has to have the love for country to do that."

Walker drew criticism last month after former New York Mayor Rudy Giuliani questioned Obama's patriotism during a speech at a Walker fundraiser. When asked about the former mayor's comments, Walker sidestepped the question by saying he hadn't asked Obama about his love of country.