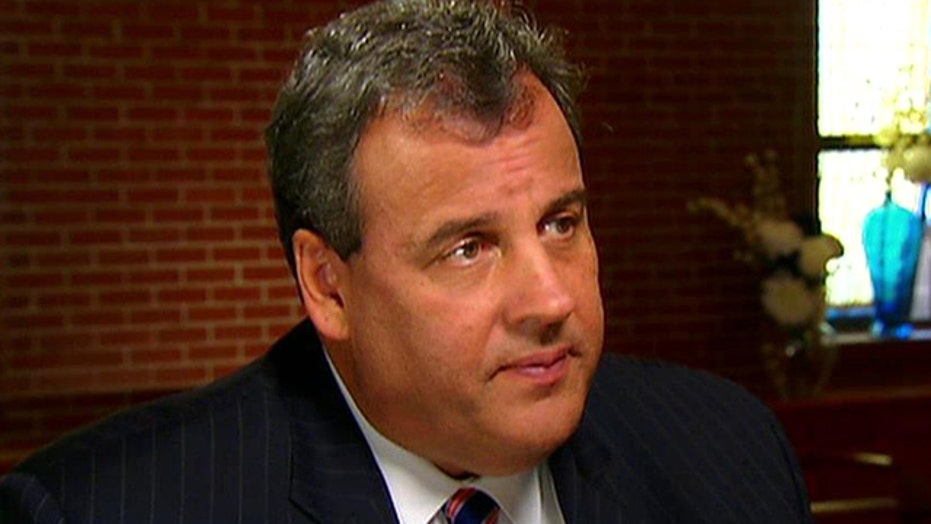 Appearing on Fox News with "America's Newsroom" co-host Martha MacCallum, the Republican reacted to the president saying in a recent interview that "they" misjudged the rise of the terror group.

"Who's 'they,' Mr. President?" Christie asked. "It's you. It's your administration. You need to be accountable for that."

Obama, in the "60 Minutes" interview, said the intelligence community underestimated ISIS and overestimated the will of Iraqi security forces to fight.

Christie said the president must also provide a "firm, strong plan" in order to make Americans feel less uneasy about the "tense situation" playing out in the Middle East.

As for 2016, Christie said he will decide "after the first of the year" if he will throw his hat into the ring, adding that he "never had a second thought" about not pursuing the presidency in 2012.

"I think Mitt Romney was the best person to run," he said. "That's why I supported him."

"What if Mr. Romney decides he wants to run again?," MacCallum asked.

"That's his choice," Christie responded. "Every race is different, every cycle that comes up is different. People who decide to run will make that decision based, I hope, on what they thing is best for themselves, their family and their country."

Christie currently is focusing on a program to address drug addiction and recovery in New Jersey, calling the effort to save lives a "no lose" fight for his state.

A Quinnipiac University poll released Wednesday showed Christie's job approval at 46 percent, one of his lowest ever as governor.