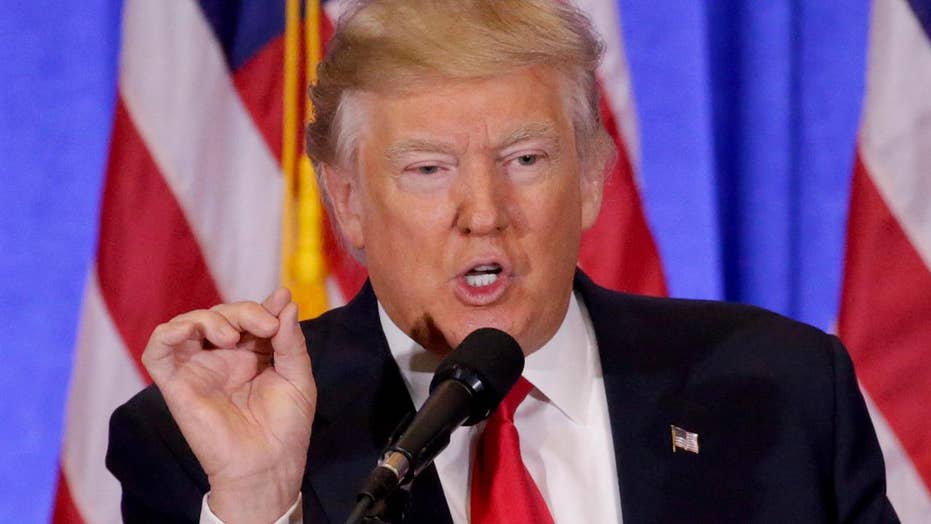 WASHINGTON – The Republican-led Senate is poised to take a step forward on dismantling President Barack Obama's health care law despite anxiety among some GOP senators that they still haven't come up with an alternative.

A procedural budget vote slated for late Wednesday or early Thursday would put the process in motion, triggering committee action to write repeal legislation that could come to a vote next month. A full replacement would follow sometime after that, presuming Republicans can come up with one.

President-elect Donald Trump said Wednesday that repealing and replacing the law should happen "essentially simultaneously," even in the same day, week or hour. That will be almost impossible to achieve due to complex Senate rules, united Democratic opposition and substantive policy disagreements among Republicans.

The 2010 law extended health insurance to some 20 million Americans, prevented insurers from denying coverage for pre-existing conditions and steered millions of dollars to states for the Medicaid health program for the poor.

The Senate procedural vote will set up special budget rules that will allow the repeal vote to take place with a simple majority in the 100-member Senate, instead of the 60 votes required to move most legislation.

That means Republicans, who control 52 seats, can push through repeal legislation without Democratic cooperation. They're also discussing whether there are some elements of a replacement bill that could get through at the same time with a simple majority. But for most elements of a new health care law, Republicans are likely to need 60 votes and Democratic support, and at this point the two parties aren't even talking.

Increasing numbers of Republicans have expressed anxiety over obliterating the law without a replacement to show voters.

"We should start immediately to repeal, reform and replace Obamacare, and it shouldn't be finally repealed until we have a replacement ready," Senate Health Committee Chairman Lamar Alexander, R-Tenn., whose panel will be at the center of this year's battle, said in a brief interview.

Sen. Rand Paul, R-Ky., who wants repeal and replace together, said the president-elect telephoned him Friday to voice support for that timing.

"He's aware of my arguments for doing replacement at the same time, and he agreed," Paul said.