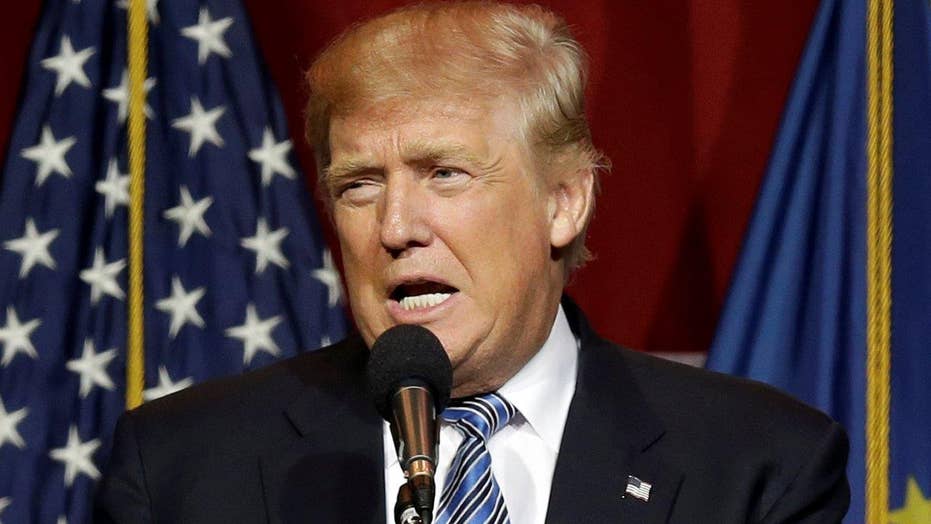 The Republican platform committee included language calling for a border wall along the U.S. and Mexican border in the draft party platform, getting behind one of presumptive presidential nominee Donald Trump's keystone proposals.

The group wrapped up drafting the plan Tuesday in Cleveland in advance of the convention there next week, when the platform will officially be voted on by the full convention's 2,472 delegates.

The proposed platform will express support for a “border wall” that must cover “the entirety of the Southern Border and must be sufficient to stop both vehicular and pedestrian traffic.”

The measure was proposed by Trump supporter Kris Kobach, the secretary of state from Kansas.

"This is why we support building a wall along our southern border and protecting all ports of entry," the measure says. "The border wall must cover the entirety of the southern border and must be sufficient to stop both vehicular and pedestrian traffic."

Republican National Committee Chairman Reince Priebus, appearing on "On The Record with Greta Van Susteren," said that including the border wall in the party's proposed platform was a "hat tip" to Trump.

“Whether it's a fence or a wall, I mean, for years and years the platform has included the border fence, which congress passed in 2006 but never actually funded," he said. "The idea of a border fence has been in our platform for many, many years and just changing the word from fence to wall is what they did and maybe it was a little hat tip to Donald Trump on that issue and that's fine."

"It's something that the party had in the platform for a long time," he added. "We are just saying what our position is but as far as who pays for it, you know, Congress already agreed that it would be paid for 10 years ago and now it will be up to President Trump to figure that one out.”

In addition to the border wall proposal, the draft party platform calls for a slowdown in any new multinational trade deals and eliminates support for the Trans-Pacific Partnership.

While embracing some of Trump's proposals, the proposed GOP platform continues the party's previous stance against same-sex marriage, and other socially conservative issues.