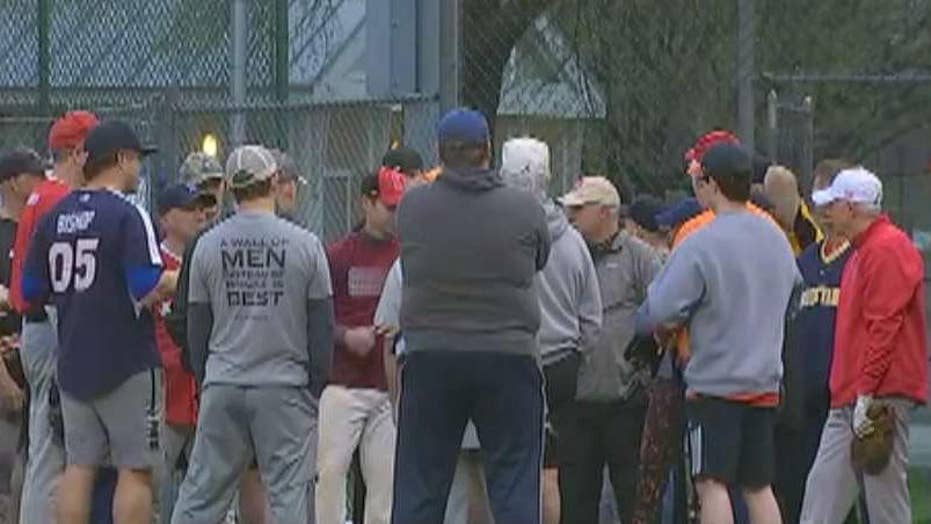 GOP baseball team returns to the field to practice.

Offering catharsis and a rebirth, this was the first time many of the members went to the field since the shooting.

“There were a lot of emotions out here today,” Georgia Rep. Barry Loudermilk said. “We never got to finish the practice that we started.”

Arizona Sen. Jeff Flake added: “It’s a surreal experience. My first time back on the field.”

Tyson Foods lobbyist Matt Mika, a former aide who was wounded last year, was seen on the diamond, prepping the field with a rake before the practice.

Texas Rep. Mike Conaway was the first player on the field, seen jogging in the outfield.

Scalise was not on hand; he is still recovering from another procedure last week related to his injuries.

He said Wednesday that he was eager to get back on the ball field but still had a ways to go in recovery.

The Louisiana congressman suffered shattered bones and damaged internal organs in the June 2017 shooting. U.S. Capitol Police and other officers killed the gunman, who held grievances against President Donald Trump and the GOP.