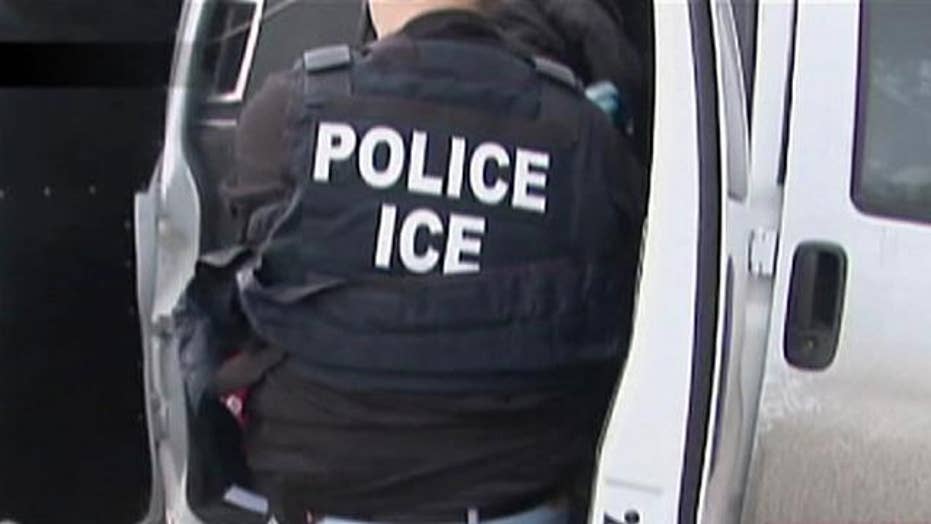 House passes non-binding resolution in support of ICE after some Democrats have called for abolishing the agency.

The House passed a resolution Wednesday expressing support for U.S. Immigration and Customs Enforcement, or ICE, as a growing number of liberals in the Democratic Party has called to abolish the agency that enforces federal immigration laws.

The non-binding resolution, sponsored by Louisiana GOP Rep. Clay Higgins, passed 244 to 35 with 133 voting present -- and Republicans may “weaponize” the vote against Democrats. The measure extols ICE for countering the narcotics trade and applauds its efforts in rescuing people caught in human-trafficking schemes.

“I am grateful to the members of Congress who today publicly declared their support for the brave, dedicated men and women of ICE,” Acting ICE Director Ron Vitiello said in a statement after the vote. “We will continue to fulfill our sworn oaths to enforce federal immigration and customs laws."

Senate Republicans tried to follow in the House’s footsteps and approve via unanimous consent a resolution supporting ICE. But it was blocked by Democratic Sen. Kamala Harris on the floor.

Republicans likely will deploy the House roll call vote against Democrats who didn’t vote the measure in the midterms this November, analysts have said. Democrats, ahead of the vote, dismissed it as a partisan maneuver.

“It is a meaningless stunt,” New York Democratic Rep. Jerrold Nadler, the top Democrat on the House Judiciary Committee, said before the vote. Nadler said he voted present because “we have more important things to do.”

“This is exactly the kind of 'gotcha vote' which alienates Americans from their government... Democrats refuse to play the Republicans' game,” House Minority Whip Steny Hoyer, D-Md., said. “We’re not falling for this trap.”

House Republicans initially had planned to hold a vote on a bill authored by Wisconsin Democratic Rep. Mark Pocan to abolish ICE, but opted instead to call a vote on the Higgins resolution. They painted Democrats as outside the mainstream on the issue.

“House Democrats once worked collaboratively with Republicans to improve the effectiveness of federal immigration enforcement,” House Judiciary Committee Chairman Bob Goodlatte, R-Va., said. “Now, it appears that they are outraged when ICE has the audacity to actually enforce the laws that we have enacted.”

President Trump has embraced ICE as a campaign issue.

“The Democrats want to abolish ICE, which will mean more crime in our country,” Trump tweeted Monday. “I want to give ICE a big cheer! Vote Republican in November.”

The idea to abolish ICE was once relegated to the far-left. But the liberal push to abolish ICE is increasingly being embraced by officeholders in Democratic Party, including New York Sen. Kirsten Gillibrand and New York City Mayor Bill de Blasio.

The growing influence behind the push was underscored last month with liberal primary challenger Alexandria Ocasio-Cortez's shocking victory over Rep. Joseph Crowley, D-N.Y., a member of party leadership. Ocasio-Cortez emphasized her support for abolishing ICE during the campaign.