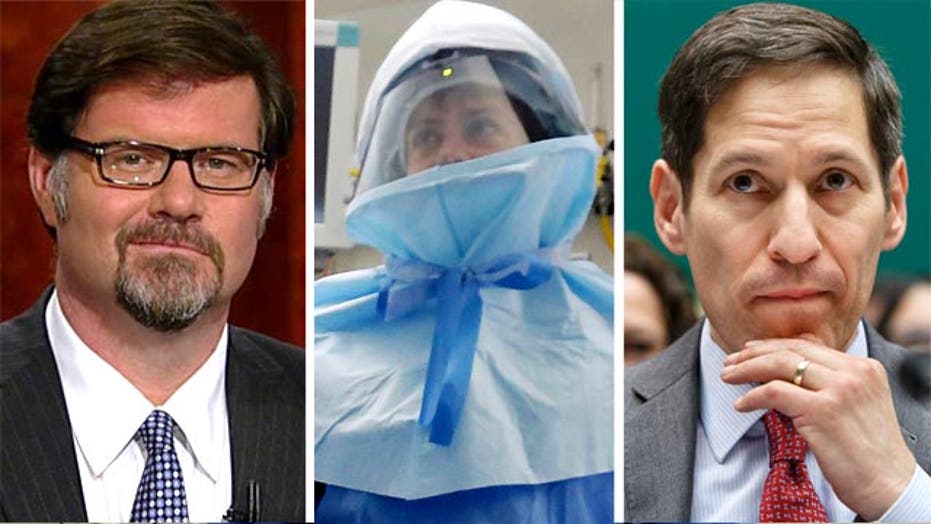 In the wake of the latest confirmed Ebola case in the United States, Jonah Goldberg told viewers on

In the wake of the latest confirmed Ebola case in the United States, Jonah Goldberg told viewers on "Special Report with Bret Baier" Friday that public panic over the news stems not from the deadly virus itself, but from the government's handling of it.

Officials faced grilling on Capitol Hill Friday at a hearing on the latest Ebola concerns, while President Obama met with Nina Pham, a nurse recently released from the National Institutes of Health after recovering from the Ebola virus.

"The idea that somehow a disease that literally liquefies your internal organs is being handled by the same people who rolled out the ObamaCare website - the idea that it's irrational to be a little nervous about that strikes me as ridiculous," Goldberg said. "A lot of people in the mainstream media, a lot of people in government...make it seem as if any rational concern about this is irrational. And I think that's one of the problems the Obama administration is facing."