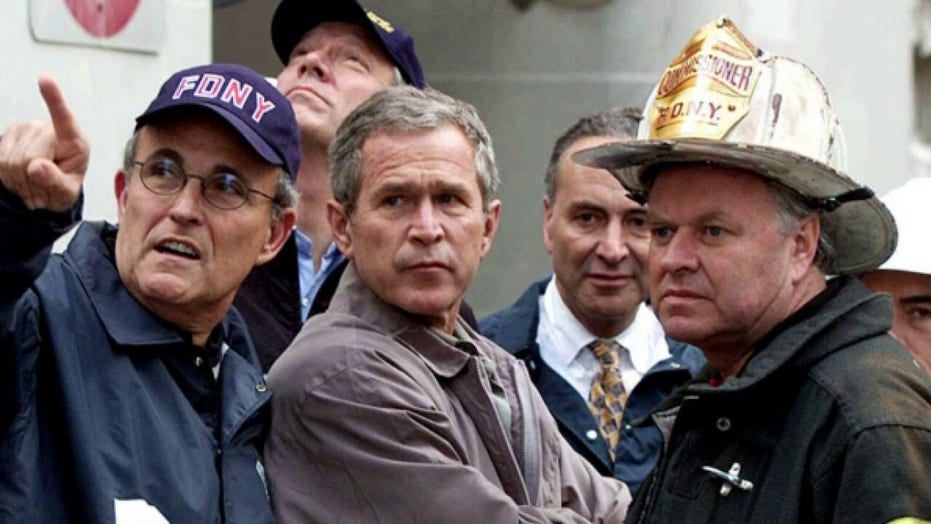 The son of former New York City Mayor Rudy Giuliani may be following in his father's footsteps, telling the New York Post that he may run for mayor in 2021.

The elder Giuliani has been highly critical of current Mayor Bill de Blasio, and Andrew is no different. In discussing his potential political plans, he warned that if the next mayor is like the present one, the city could descend to lows not seen in decades.

"I am certainly thinking about it. It’s something that a bunch of people that I trust have approached me with,” Andrew Giuliani, 34, told The Post. “It’s been terrible to see over the last few years how the city has spiraled. I am afraid if the right candidate doesn’t win in 2021, four more years of de Blasio’s policies will remind us of the '80s."

He went on to say that de Blasio "does not value the New York Police Department and he does not value what they have done for the city," citing recent budget cuts and the elimination of the plainclothes anti-crime unit.

NYC CEOS PLEAD WITH DE BLASIO TO CRACK DOWN ON CRIME, QUALITY OF LIFE ISSUES

It was Rudy Giuliani who was credited with bringing New York City back from the depths by being tough on crime. His son outlined how he would use a similar philosophy if he ends up with the job.

“It’s broken-windows policing, it’s empowering the NYPD to do their job, it’s bringing the private sector in and making them more accountable for creating economic opportunity, it’s reintroducing the free market to some of these low-income communities in New York City that have been stuck on the cycle of government dependency for so long,” he told the Post. “The nucleus of all of it is public safety. It’s making sure that New Yorkers feel safe and that tourists feel safe coming here.”

For now, Andrew works as a public liaison assistant for President Trump, and he remains focused on the upcoming election.

"I am trying to make sure the president gets over the finish line on November 3 and then right after that my focus is going to be on how we can save New York City again," he said.