Giuliani on possibility FBI had multiple versions of dossier

Rep. Jim Jordan questioned Peter Strzok about documents given to the FBI by Bruce Ohr and others; details from John Solomon and reaction from Rudy Giuliani on 'The Ingraham Angle.'

“Isn't that called collusion or conspiracy to gin up a totally inappropriate, totally illegal wire based on national security? And doesn't it taint the entire Russian probe?” Giuliani told Fox News’ Laura Ingraham on “The Ingraham Angle.”

The inquiry into the dossier occurred during a fiery exchange earlier between Rep. Jim Jordan, R-Ohio, and Strzok, who appeared before a joint House committee about his role in the investigation into Russian interference in the 2016 presidential election. 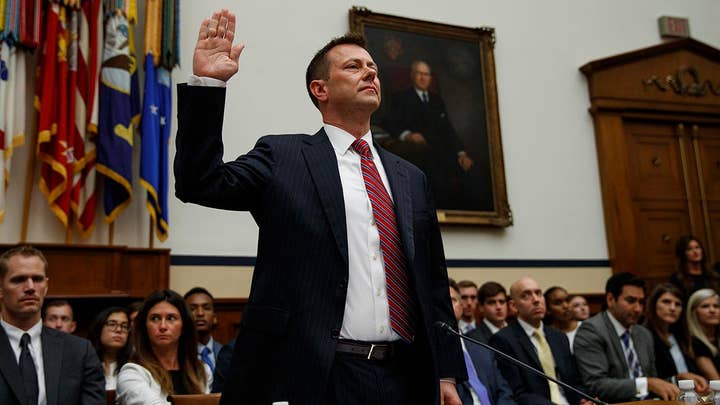 Jordan pressed Strzok about an email he sent to his colleagues, including FBI lawyer Lisa Page with whom he had an extramarital affair, indicating that he has seen different versions of the infamous Trump dossier from three different sources.

Jordan said he had the email he sent to Page and several others with the subject: “BuzzFeed is about to accomplish the dossier.”

“It says this, ‘Comparing now the set is only identical to what (Sen. John) McCain had, parentheses, it has differences from what was given to us by (Mother Jones’ David) Corn and (Fusion GPS founder Glenn) Simpson.’ Did you write all that?” Jordan asked.

Strzok refused to answer and declined to confirm whether there were three copies of the dossier the FBI had its hands on, saying he can’t answer under the directive of the bureau. 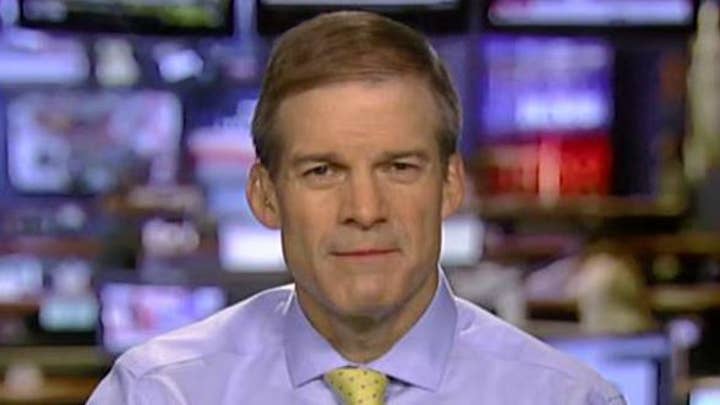 McCain’s copy was identical to the copy that Buzzfeed gave the bureau, Jordan said, citing the email.

Jordan went on to press Strzok on whether he interacted with Fusion GPS, noting that Simpson said last year in his testimony that nobody from his company was in contact with the FBI.

Strzok spoke for himself and said he never interacted with Simpson or Corn. “Sir, I can tell you I never had contact with Fusion, with Mr. Simpson, with Mr. Corn.”

Meanwhile, Evan Fray-Witzer, the Boston-based attorney for Russian tech executive Aleksej Gubarev who is suing Buzzfeed and dossier author Christopher Steele over the document's publication, said Strzok’s testimony “drives home” that the “dossier” was really a “collection of memos that were written over many months by private individuals for political purposes.”

“The FBI appears to have had some of the memos at some point, but they received different memos at different times, if at all,” Fray-Witzer said in a statement to Fox News. “There has never been any evidence that the FBI had the December memo before Buzzfeed published it …”