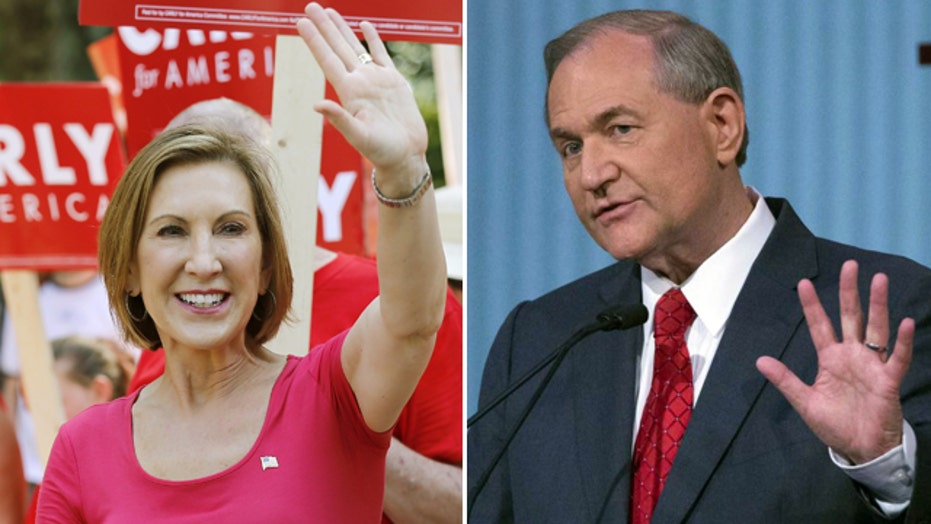 Fiorina in, Gilmore out of upcoming GOP debate

When the second debate in the 2016 GOP race for the White House opens Wednesday night,  all the candidates will line the stage at the Reagan Library –except for former Virginia Gov. Jim Gilmore.

CNN, which is hosting the debate, invited all GOP candidates who had reached at least 1 percent in national polls by Sep. 10. Only Gilmore did not qualify.

“CNN’s duty as stewards of this process is to make sure all voices are heard,” Gilmore told FoxNews.com. “And they are arbitrarily denying me of that opportunity. If they had returned my phone calls, I would have asked them why.”

In the latest CBS News/ New York Times poll released Monday, Gilmore was included, though polling at less than 1 percent.

“I would prefer to be in CNN’s second tier debate, but it is not essential to my victory,”  Gilmore said. “I have no reason to throw in the towel. I’m in this to stay."

“I think people would like to know what my answers would have been if I were on the stage,” he said.