Obama to campaign with Stacey Abrams in Georgia

ATLANTA – An unexpectedly tight race for Georgia governor is drawing high-profile celebrities and politicians to the final days of the campaigns.

This evening, former President Barack Obama is scheduled to speak at an Atlanta rally for Democrat Stacey Abrams. And President Trump plans to speak at a Sunday rally in Macon for Republican Brian Kemp.

In a state that is normally an easy win for Republicans, the Real Clear Politics Average of polls shows Abrams and Kemp in a statistical tie

When asked why the race is so close, Kemp told Fox News, “Stacey Abrams has raised tens of millions of dollars from all over the country with the progressive, liberal, socialist movement of the Democratic Party pouring in money into this race to try to buy this election.”

“Stacey Abrams has really been able to fundraise just as much as Brian Kemp,” said Lori Geary, an Atlanta-based political analyst and media consultant. “We haven’t seen that in years past.” 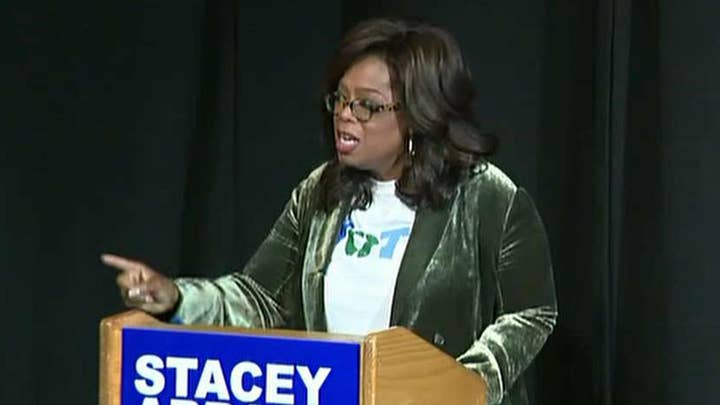 Abrams has been calling on Kemp to step down from his position as Georgia’s secretary of state while running for governor because she sees the position’s role in supervising elections as a conflict of interest. Civil rights groups have sued Kemp’s office for purging thousands of inactive voters from the rolls and enforcing the state’s “Exact Match” law, which has placed more than 53,000 voter registrations in limbo because information on the applications differed from government records.

“Voter suppression is a challenge,” Abrams said. “And I think the problem is that we are not getting straight answers from the person responsible for guarding the public trust.”

A pro-Kemp ad funded by the Georgia Republican Party accuses Abrams of trying to allow illegal immigrants to vote. The candidates have also attacked each other’s personal financial dealings, including a failed investment loan for Kemp and Abrams’ federal tax debt of more than $50,000.

“I don’t think these particular controversies are going to harm Abrams or Kemp all that much,” said Joshua Kennedy, a political science professor at Georgia Southern University. “It’s very much a base election in a lot of respects. And a lot of their voters have already made up their minds.”

The outcome of Tuesday’s race will hinge on which campaign can best motivate its base to show up at the polls. But there’s a wild card — Libertarian candidate Ted Metz.

Although he trails in the polls with single digits, the presence of a third name on the ballot could be enough to block any candidate from surpassing the 50 percent threshold Georgia requires to avoid a December 4 runoff. That would extend the bitter campaign season another month.