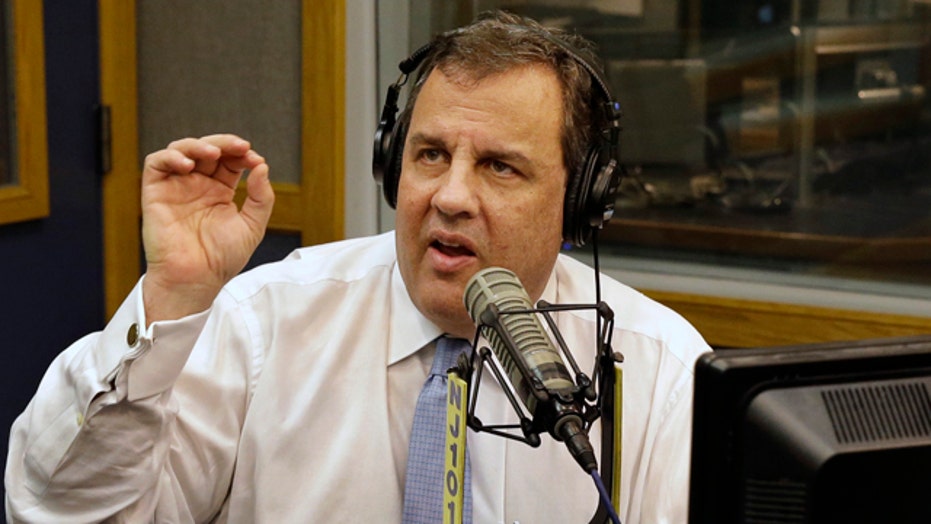 Christie on scandal: 'I knew nothing'

TRENTON, N.J. – Gov. Chris Christie said Monday he may have heard about congestion on the George Washington Bridge last fall but it didn't register as anything more than regular traffic jams because he wasn't aware his aides had ordered lanes blocked, apparently for political retribution.

Christie also acknowledged during an hour-long radio call-in program that his office has been subpoenaed by federal law enforcement officials conducting a criminal investigation into the bridge scandal. Christie said his office would fully comply with the document request.

The Republican governor and possible 2016 presidential candidate fielded questions for the first time in three weeks about a scandal that has engulfed his administration and threatened to upend any political ambitions.

Twenty people and organizations close to Christie have also been subpoenaed in a parallel state legislative investigation of the lane closures.

Christie's campaign on Monday sought to exceed New Jersey's election spending cap to pay for lawyers dealing with subpoenas stemming from the scandal.

Christie, 51, reiterated during the radio show that he did not know about the planning or execution of the lane closings near the bridge in Fort Lee. He disputed the account of a former loyalist, who said Friday there was evidence the governor knew about the closings while they were happening over four days in September, which is earlier than Christie has acknowledged.

Christie said an email from Patrick Foye, the executive director of the Port Authority of New York and New Jersey, the agency that runs the bridge, made him realize the traffic gridlock may not have been routine. That email was forwarded to a top Christie aide on Sept. 13, the day Foye ordered the lanes reopened.

"Nobody has said I knew about this before it happened, and I think that's the most important question," he said.

Christie has been asked before when he learned of the lane closures, which has cost five people close to the governor their jobs. During a Dec. 13 news conference, he said, "It was certainly well after the whole thing was over before I heard about it."

Monday was the first time Christie took questions since David Wildstein, Christie's No. 2 man at the Port Authority before he resigned amid the scandal, contradicted the governor's accounting of the lane closings. Christie referred to the dispute over what he knew when as "a game of gotcha."

Meanwhile, a former Christie aide who set the lane closings in motion with an email to Wildstein has invoked her right not to incriminate herself and is refusing to cooperate with a subpoena from a legislative committee looking into the scandal.

The lawyer for former Deputy Chief of Staff Bridget Kelly sent a letter Monday to the committee's lawyer saying she would not comply because the information demanded "directly overlaps with a parallel federal grand jury investigation."

Christie fired Kelly last month after learning of her email saying, "time for some traffic problems in Fort Lee" less than a month before the lane closures.

Former Christie campaign manager Bill Stepien made a similar argument last week and is also not complying with a subpoena.

The special legislative investigative committee said Monday it had begun receiving documents it requested in response to 20 subpoenas it issued last month as it tries to unravel how high up Christie's chain of command the lane closing order went and whether the operation was meant to punish a Democratic adversary.

Assemblyman John Wisniewski, the co-chairman of the joint legislative panel leading the investigation, told The Associated Press that some deadline extensions were granted. The requests of others who were asked to produce documents on a rolling basis were also being accommodated.

In a request to the state Election Law Enforcement Commission, Christie's campaign organization asked for permission to raise more money and to spend it on lawyers handling subpoenas issued by both legislative investigators and the U.S. attorney's office.

The campaign has already spent all but $13,000 of the more than the $12.2 million limit for Christie's re-election. Without more money, the campaign said it would not be able to answer the subpoenas.

Neither subpoena suggests the campaign "has engaged in wrongdoing," the campaign's lawyers said in their request.

A hearing before the election commission was set for Feb. 11.