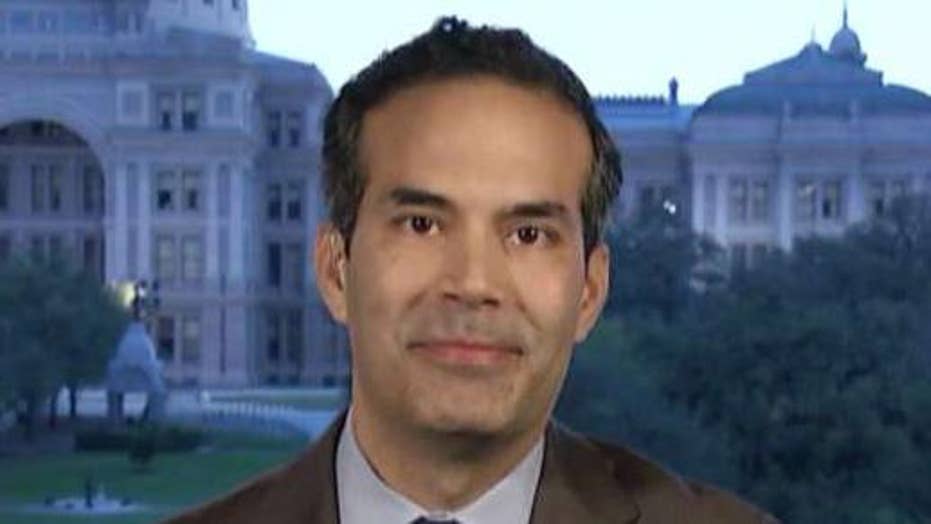 President Trump endorses the son of his former rival Jeb Bush. George P. Bush makes the case for his re-election on 'Fox & Friends.'

George P. Bush, Texas’ land commissioner, won the state’s GOP primary on Tuesday, getting the outright majority of votes against a challenger from a former office holder and avoiding a runoff election.

Bush, the son of former Florida Gov. Jeb Bush, won against former land commissioner Jerry Patterson in the wake of an endorsement from President Donald Trump. His win was projected late Tuesday night when he had 58 percent of the vote.

The stakes were high for Bush. His loss would have meant that no one from his family’s political dynasty, which includes two presidents, would be in elected office.

“The name is definitely an asset here in the state,” Bush told Fox News on Tuesday morning. “Along with the president’s endorsement, I think it shows we are able to get support from many different types of Republicans,” he added.

Deep-red Texas kicked off the nation's 2018 midterm primary elections Tuesday with a surge in turnout among Democrats, dozens of women seeking office and signs of disapproval of Trump.

In another closely-watched primary, Republican Gov. Greg Abbott also easily cruised to his party's nomination for re-election. Equipped with a massive $43 million war chest, he is not expected to face a serious challenge from Democrats.

The biggest challenge for Democrats following the primary elections is whether their little-known candidates will be able gather traction with the general public and to win against top Republicans in a deep-red state even with the supposed “Trump effect” that drove the surge in turnout on Tuesday.

Six Texas Republicans and two Democrats are leaving Congress, but none of the seats are expected to flip.

The Democratic Party has a better shot at unseating three Republican congressional incumbents — Rep. Pete Sessions in Dallas, Rep. John Culberson of Houston and Rep. Will Hurd in a district stretching hundreds of miles from San Antonio to El Paso. Hillary Clinton beat Trump in the three districts in 2016.