G. Gordon Liddy, the Richard Nixon 1972 reelection campaign operative who played a central role in the Watergate scandal that led to the former president’s resignation, died Tuesday at the age of 90.

Liddy’s son, Thomas, confirmed his death. He did not provide a cause of death but noted that COVID-19 was not a factor.

A former FBI agent, Liddy ran an unsuccessful congressional bid in New York in 1968. He served as an aide in the Treasury Department during Nixon’s first term in office. After a stint in that role, he headed up a team of operatives known as "The Plumbers," who were tasked with gathering information on Nixon’s political rivals and combating leaks following the release of the Pentagon Papers in 1971.

Later, Liddy served on Nixon’s Committee to Reelect the President. He was known as the mastermind of a plot to place wiretaps inside Democratic National Committee headquarters at the Watergate building in Washington in 1972. The plot was discovered and Liddy was arrested, alongside fellow Nixon operative Howard Hunt and five others. 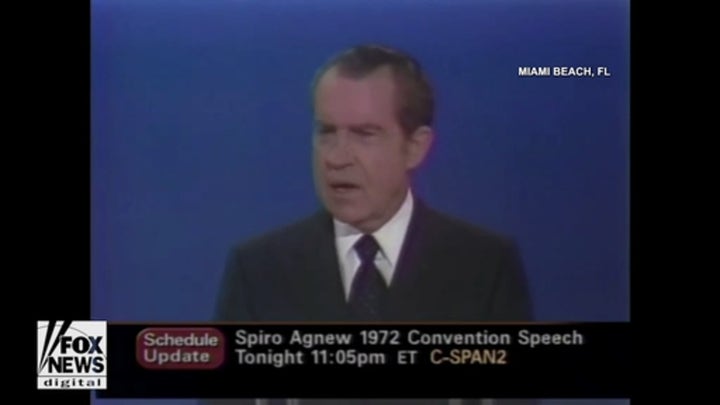 Liddy was convicted of conspiracy, burglary and illegal wiretapping. He refused to testify before a Senate committee regarding his involvement in what became known as the "Watergate Scandal" and spent more than four years in prison.

The longtime operative was unrepentant regarding his role in the scandal.

"I’d do it again for my president," Liddy said years after the incident.

Nixon resigned in 1974 as Congress began the process of impeaching him.

Following his release from prison, Liddy became a radio show talk host, where he became known for his provocative on-air remarks. In one controversial episode during the 1990s, Liddy told listeners to target federal agents with "head shots." Later, Liddy defended his remarks, saying he wasn't advocating violence against federal agents, but rather encouraging the members of the public to defend themselves and their rights if confronted with deadly force.

He also worked as a security consultant, writer and actor, making a guest appearance on "Miami Vice."

Liddy's wife died in 2015. He is survived by five children and a sister, according to the Washington Post.