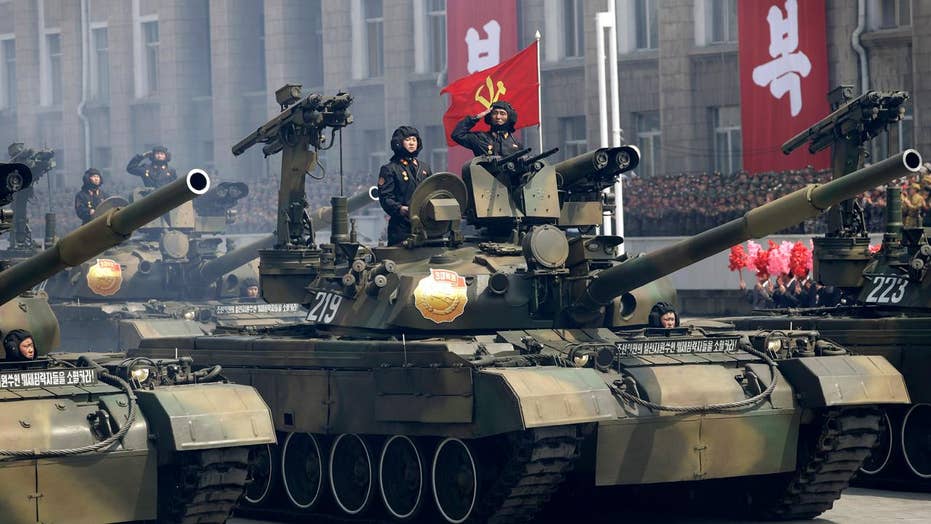 In an unusual move, all 100 senators were invited to attend a classified meeting later Wednesday at the White House to discuss the North Korea and its growing bellicosity.

Congressional aides told Reuters that the meeting was originally scheduled to take place at a secured room at the Capitol, but President Trump asked to move the meeting to the White House.

Salon reported that the meeting will occur in the Eisenhower Executive Office Building auditorium. It will reportedly be made into a “sensitive compartmented information facility”—which means top secret information can be shared. The briefing will take place at 3 p.m. ET.

Some aides on the Hill have expressed confusion about the circumstances of the meeting. Salon wrote, “this could be a preparation for war—or just a forced attempt at a pre-100 days photo op.”

The meeting will be attended by some of Trump’s top cabinet members, including Secretary of State Rex Tillerson—who will chair the meeting-- and Secretary of Defense Jim Mattis.

Tillerson was interviewed on CBS’ “Face the Nation” earlier this month and was asked about Trump’s interaction with his Chinese counterpart, President Xi. Tillerson said he thinks that Xi agrees that the situation “has intensified and has reached a certain level of threat that action has to be taken.”

The situation has appeared to only intensify over the past 24 hours. Pyongyang conducted a huge live-fire drill that involved up to 400 artillery pieces, according to Reuters. A nuclear-powered Ohio class submarine, the USS Michigan, pulled into the South Korean port of Busan for a “routine” hull check.

Japan has warned that Pyongyang has made technological advancements, and may be capable of launching a missile tipped with sarin nerve gas. Japan estimated that its people would have about 10 minutes to prepare once a missile is launched from the country. Tokyo has been practicing evacuation drills.

Local governments in the Washington, D.C., are planning a “full-scale” terror attack drill for Wednesday. The drill prepares for an attack involving multiple locations and “teams of perpetrators” – and will be staged at six sites across the District of Columbia and the Virginia and Maryland suburbs.

Sen. Ben Cardin, D-Md., the top Democrat on the Senate Foreign Relations Committee, told Reuters that he hopes to hear the administration’s next steps.

“It’s (the location of the meeting) their choice,” he said. “I hope that we hear their policy as to what their objectives are, and how we can accomplish that hopefully without dropping bombs.”