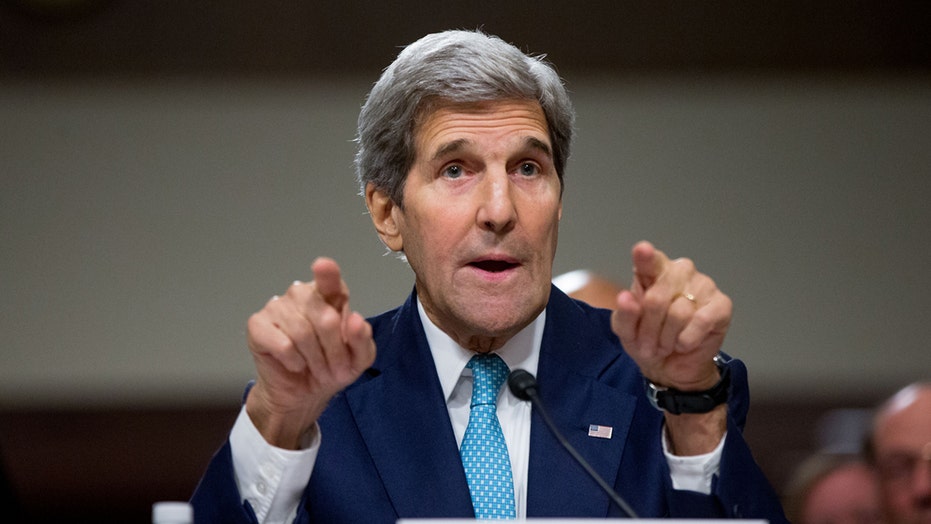 Iran deal up for debate?

The partisan divide on the deal is gaping.  Democrats feel the country will be safer under it by a 14 percentage-point margin, while Republicans say the opposite -- by a whopping 70-point margin.

By a 37-point margin, independents feel the agreement makes the U.S. less safe.

Strikingly, however, there’s no gender gap on this issue.  About the same number of men (58 percent) and women (54 percent) say the deal will increase risk.

The agreement would ease U.S. sanctions for 10 years in exchange for Iran stopping its nuclear program over that time period.  The White House wanted Congressional approval of the deal, yet the review period expired September 17.

A 58-percent majority disapproves of the job President Obama is doing handling Iran, including 28 percent of Democrats, 62 percent of independents and 85 percent of Republicans.

Just 33 percent of voters approve of Obama on Iran, up one point from a record-low 32 percent approval in April.

The Fox News poll is based on landline and cell phone interviews with 1,013 randomly chosen registered voters nationwide and was conducted under the joint direction of Anderson Robbins Research (D) and Shaw & Company Research (R) from September 20-22, 2015. The poll has a margin of sampling error of plus or minus three percentage points for all registered voters.