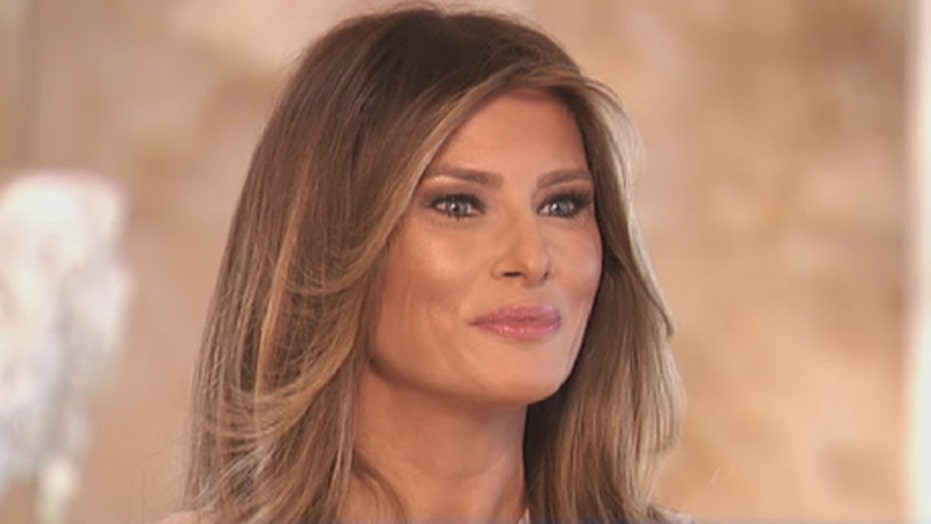 Melania Trump : My husband is kind, he cares about people

Her husband's words on an 11-year-old tape "were offensive," but Melania Trump said in an exclusive interview with Fox News Channel that The Donald apologized and she is standing by her husband.

Melania Trump, wife of Republican presidential nominee Donald Trump, sat down with "Fox & Friends" host Ainsley Earhardt for an interview that aired in segments from 6 a.m. to 9 a.m. on Tuesday morning. The billionaire's Yugoslavian-born wife said she and her husband are “moving on” from the 2005 tape in which he made lewd comments about women.

“Those words, they were offensive to me and they were inappropriate,” Melania Trump said. “And he apologized to me. And I expect -- I accept his apology. And we are moving on.”

The tape, from unaired "Access Hollywood" footage, captured Donald Trump using crude language and describing his approach toward women. In the tape, Trump said famous men “can do anything” they like to women including “grab them by the p---y.” Trump later apologized, and characterized the comments as “locker room" talk.

Melania Trump added that she believes the mainstream media wants to damage her and her family by “saying lies about me, lies about my family.”

“This is not the man that I know,” Melania Trump said. "This is -- we could see, as I always said, as my husband said, as well, for a successful businessman, entrepreneur, entertainer to achieving so much in his life, being in so many shows, so many tapes, it’s very hard to run for public office.

“And he did this anyway,” she continued. “He said, I want to help American people. I want to keep America safe. I want to bring back jobs, bring back economy, so our children, our futures will be the best way possible.”

The real estate tycoon's wife said if Trump's opponents can use his words against him, it is only fair for the Trump campaign to raise the issue of Bill Clinton's well-chronicled sexual indiscretions, and Democratic nominee Hillary Clinton's efforts to suppress them.

"If they bring up my past, why not?" Trump told Earhardt. "They're asking for it."

Trump was referring to nude modeling images from the 1990s published by the New York Post earlier this year and later used by Trump's primary campaign opponents.

"That was my modeling days and I'm proud what I did. I worked very hard,” she added.