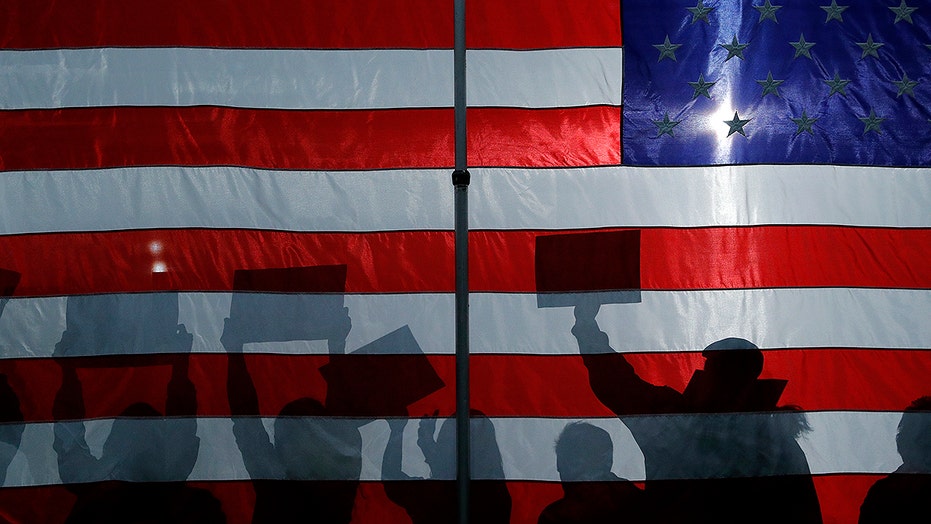 FOUR SCENARIOS FOR IOWA
DES MOINES, Iowa — It’s been more than a year — a year of political cul-de-sacs, inane controversies, empty speculation, boomlets, bustlets and enough hot air to roast a billion marshmallows — be we have finally come to our deliverance.

Today, after a year of being talked at by politicians and pundits, voters will have their say, starting here in the Hawkeye State.

We’ve talked before about the way Iowa voters in different regions stack up and ways in which new rules for the state Democratic Party’s caucuses could change the game here… for better or for worse.

After all the polling, historical precedents, voter typologies and tens of thousands of man-hours spent by reporters poking and prodding state Democrats, we can conclusively tell you that nobody knows what in the fried cheese curds is going to happen tonight.

Caucuses are always harder to predict than elections, in any case. And with state party officials looking for record-high turnout – maybe 250,000 participants – it adds even more uncertainty for forecasters. Who are the quarter-million folks willing to tromp out on a cold February night to spend a couple of hours with their neighbors in what, ultimately, is a political convention.

That means that while there are two favorites – former Vice President Joe Biden and Vermont Sen. Bernie Sanders – the list of contenders here tonight has to also include former South Bend, Ind. Mayor Pete Buttigieg and Massachusetts Sen. Elizabeth Warren.

While Warren and Buttigieg have both retreated from their once-lofty heights in national polls, they invested heavily in their Iowa operations during their salad days. The intensity of their supporters is obvious to even a casual observer here.

A word for Sen. Amy Klobuchar of neighboring Minnesota here, too. She looks like she’s sitting just outside the bubble for viability – 15 percent – but could surprise given how well she does as a second choice among supporters of other mainstream candidates, especially Biden and Buttigieg. However, anyone using the term “Klomentum” un-ironically will be shot out of a cannon into the Travelers Insurance sign.

There is always a lot of, as they say in Bidenese, malarkey out there about “tickets out of Iowa” – a strong enough performance to provide the necessary momentum to carry on into other states. The old axiom is that there are three passages out because no candidate on the Democratic side has ever finished lower than third here and gone on to win the party’s nomination. (Bill Clinton came the closest in 1992 with a third place finish with just 3 percent of delegates.)

But the truth is that who goes on from here, this killing field of long-shot candidate dreams, depends on what the grouping looks like. There could, realistically, be just two candidates who can advance from here. Conversely, there could be as many as four rumbling wrecks rolling on to New Hampshire and beyond.

It may help, then, to think about the results in terms of the different scenarios that might play out.

The Killer Bs: Biden and Bernie
Biden and Sanders would each love to claim bragging rights with an outright win here. But the truth is that as long as the two of them are ahead of the rest of the pack, the trajectory of the race as it is – a two-man race with sharp ideological lane markers – continues. If Biden wins bragging rights, it would be boon for his fundraising, send Buttigieg and Klobuchar packing sooner and might put a little sugar in Michael Bloomberg’s gas tank. If Sanders has the edge, it means he can go back to New Hampshire as the conquering hero, effectively snuffing Warren’s bid to be the candidate of the far left.

Butti-boom
If Buttigieg has a big night it would seriously disrupt the race. If he manages to come in ahead of Biden, even if it’s for second place, it would be a 9 on the Richter scale. Not only would it crush Biden’s electability argument, it would send the message to the majority of Democrats who don’t want to nominate a socialist that Buttigieg is the real deal. It would mirror the 2008 experience of his role model, Barack Obama. But this would also be Sanders’ best case scenario. If the mainstream Dems are scrambled through Super Tuesday a month from now it would be extremely hard to deny him the nomination without an ugly fight at the Milwaukee convention. The same goes here for a big night for Klobuchar.

Nevertheless, she persisted
Team Sanders’ nightmare is a Warren revival tonight. If Warren could somehow get ahead of Sanders it would be a terrible blow to his bid and take considerable pressure off of Biden. But even if Warren comes in a close third, it makes Sanders path rockier. If she can push a comeback narrative heading into New Hampshire and Nevada, Warren could force Sanders back to defending his left flank instead of trying to woo more mainstream supporters ahead of the high-stakes vote on Super Tuesday. Biden’s dream scenario would be that he wins but Warren edges Sanders so their feud race for weeks to come.

Pandemonium
The state party will be reporting three sets of numbers – voters’ initial preference, their final alignment after the caucus shuffle and the projected share of delegates each candidate is expected to receive. That means in a close race, there may be two or three different “winners” claiming victory. The only number that really matters is the delegates, but contradictory numbers could lead to contradictory claims. If that happens – or if something else goes haywire with the new system – Iowa could leave the race more muddled than it was before.