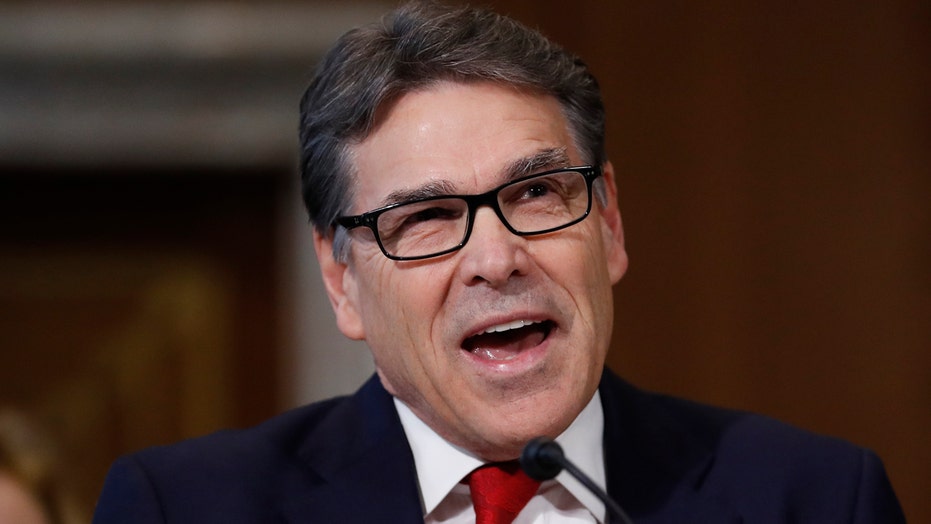 The Senate on Thursday confirmed former Texas Gov. Rick Perry as the next energy secretary, as lawmakers stepped up the pace of filling President Trump's Cabinet.

Perry, who served three-and-a-half terms as governor of Texas, brings extensive experience in energy development, yet his critics noted little background in dealing with the maintenance of nuclear weapons, one of the department’s primary responsibilities.

Perry’s failure to remember during a 2011 GOP presidential primary debate that he wanted to eliminate the Energy Department sank his presidential prospects that cycle, but did not factor heavily into his confirmation process.

"My past statements made over five years ago about abolishing the Department of Energy do not reflect my current thinking," Perry said in January during his Senate hearing.

The votes for Perry and Carson, both Trump rivals during the 2016 GOP presidential primary contest, bring the president close to having a full Cabinet after the confirmation process for weeks was held up amid Democratic pushback.

On Wednesday, former Montana Rep. Ryan Zinke easily won confirmation to be secretary of the Interior Department by a 68-31 vote.

Two more nominees, for labor and agriculture, await confirmation hearings and neither is expected to elicit much opposition.

In the wake of controversy over the hiring of an illegal immigrant, fast-food executive Andrew Puzder withdrew his nomination to be Labor Department secretary and was replaced by Alexander Acosta, the current dean of Florida International University law school.

Sonny Perdue, the former Republican governor of Georgia, is Trump’s pick to oversee the Agriculture Department.