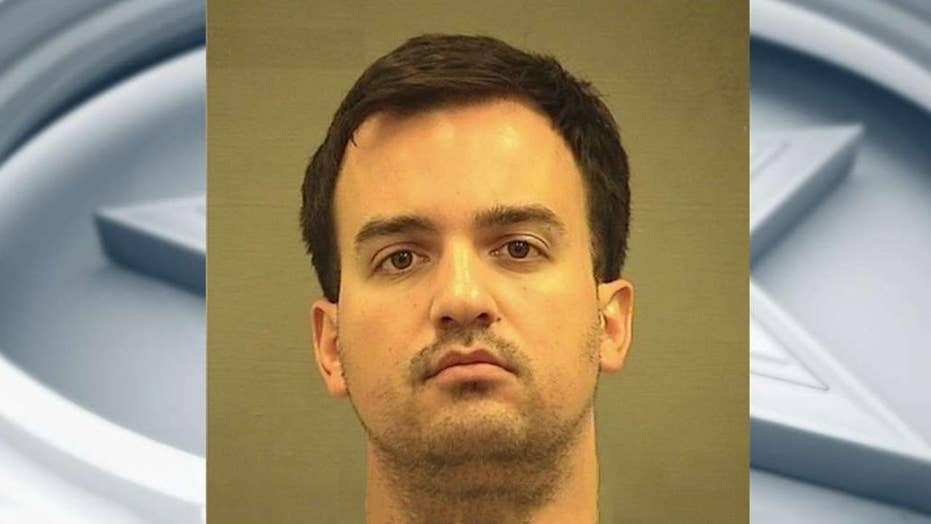 Henry Kyle Frese is accused of sharing private information with two reporters, one of whom he was romantically involved with; Leland Vittert reports.

Henry Frese, the counterterrorism analyst for the Defense Intelligence Agency accused of leaking classified government information to two journalists, including one with whom he was romantically involved, was released Friday on bond.

Frese, who pleaded not guilty two days ago, was arraigned in a Virginia federal court. He made no statements in court and no new evidence was presented against him during the bond hearing.

A federal indictment against the 30-year-old, who is accused of using his position to pass on "top secret" information about foreign countries' weapons systems, was unsealed Wednesday.

"Frese was caught red-handed disclosing sensitive national security information for personal gain," Assistant Attorney General for National Security John Demers said in a press release. "Frese betrayed the trust placed in him by the American people-- a betrayal that risked harming the national security of this country."

Frese's alleged motive was to advance the career of a female reporter he was having a relationship with, the FBI said in court documents. Frese allegedly also passed information to one of the woman's female colleagues at an "affiliated but different news outlet."

Authorities did not disclose the names of the two journalists but the Justice Department said they were from NBC and CNBC and cover national security.

Frese's case is one of six authorized disclosure cases that the Justice Department has cracked down on during the Trump administration.

"We will continue in our efforts to punish and deter this behavior," Demers said.

In one of those cases, former Air Force linguist Reality Winner, who was an intelligence contractor for the National Security Agency, gave the news media classified information about Russian interference in the 2016 presidential election. She was arrested in 2017, pleaded guilty to federal charges and was sentenced to five years behind bars.