A former candidate for governor of Texas was arrested and jailed Friday over some paperwork she didn’t file in her run for governor two years ago.

Miriam Eliza Martinez, a television journalist who challenged Greg Abbott for the Republican nomination in the 2014 gubernatorial primary, was arrested Friday by the McAllen Police Department on an outstanding warrant. The charge: failure to file a personal financial statement by a candidate.

According to Hidalgo County jail records, Martinez was released on a $1,000 bond later that day.

According to local news reports, the warrant was issued after the Texas Ethics Commission tried twice to notify Martinez that she was required to file a personal financial statement, and received no response. Those statements, which the Ethics Commission does not publish online, contain a summary of a candidate’s personal wealth.

The charge also underscores one of the hazards of register-and-report requirements, which some lawmakers would like to impose on just about anyone who talks politics: even minor legal requirements about paperwork can lead to jail time and, potentially, violence. 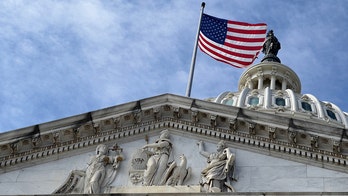