Former acting attorney general Sally Yates is scheduled to appear at a congressional hearing next month on Russian interference in the 2016 U.S. presidential election, a Senate committee announced Tuesday.

Yates is to appear May 8 along with James Clapper, the former director of national intelligence, at an open hearing of the crime and terrorism subcommittee of the Senate Judiciary Committee.

It will mark her first appearance on Capitol Hill since she was fired in late January after refusing to defend President Donald Trump's travel ban. She had been scheduled to testify weeks ago before the House intelligence committee, but that hearing was canceled and has yet to be rescheduled.

At this point, the Senate Judiciary hearing will be the first opportunity for the public to hear Yates' account of her role in the firing of Trump's first national security adviser, Michael Flynn. That subcommittee is conducting an investigation into Russia's interference in the 2016 election. The House and Senate intelligence committees are conducting investigations as well.

Yates alerted the White House in January that Flynn had been misleading in his account of a December phone call with the Russian ambassador to the United States in which economic sanctions against Russia were discussed. Flynn was ousted after those discrepancies were made public.

The White House said last month that it had never tried to prevent Yates from testifying. The assertion followed the publication of a series of letters in which her attorney pushed back against what he suggested was Justice Department guidance on what Yates could say about conversations she had with the White House. 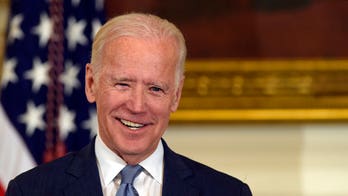