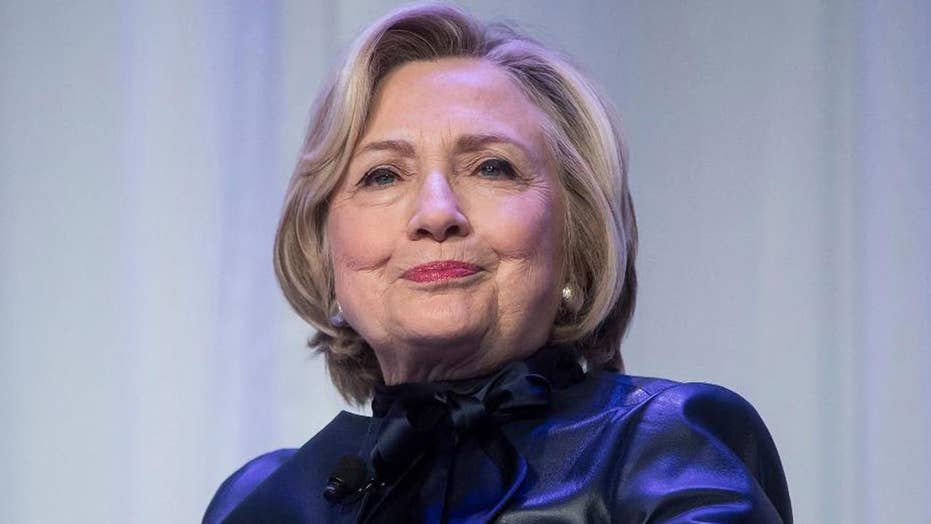 Inspector general's report examines allegations of misconduct by the FBI and DOJ; Catherine Herridge has the details.

“Foreign actors” obtained access to some of former Secretary of State Hillary Clinton’s emails -- including at least one email classified as “secret” -- according to a new memo from two GOP-led House committees and an internal FBI email.

Fox News obtained the memo prepared by the House Judiciary and Oversight committees, which lays out key interim findings ahead of next week’s hearing with Justice Department Inspector General Michael Horowitz. The IG, separately, is expected to release his highly anticipated report on the Clinton email case later Thursday.

The House committees, which conducted a joint probe into decisions made by the DOJ in 2016 and 2017, addressed a range of issues in their memo including Clinton's email security.

“Documents provided to the Committees show foreign actors obtained access to some of Mrs. Clinton’s emails -- including at least one email classified 'Secret,'" the memo says, adding that foreign actors also accessed the private accounts of some Clinton staffers.

The memo does not say who the foreign actors are, or what material was obtained, but it notes that secret information is defined as information that, if disclosed, could “reasonably be expected to cause serious damage to the national security.”

The committees say that no one appears to have been held accountable either criminally or administratively.

Relatedly, Fox News has obtained a May 2016 email from FBI investigator Peter Strzok -- who also is criticized in the House memo for his anti-Trump texts with colleague Lisa Page. The email says that "we know foreign actors obtained access" to some Clinton emails, including at least one "secret" message "via compromises of the private email accounts" of Clinton staffers.

The question of whether foreign actors penetrated the Clinton email system has been a significant one ever since the private server was revealed. Then-FBI Director James Comey, in his July 2016 statement on the Clinton case, did not go as far as Strzok in his assessment of that possibility. At the time, he said only that, “We do assess that hostile actors gained access to the private commercial email accounts of people with whom Secretary Clinton was in regular contact from her personal account.” 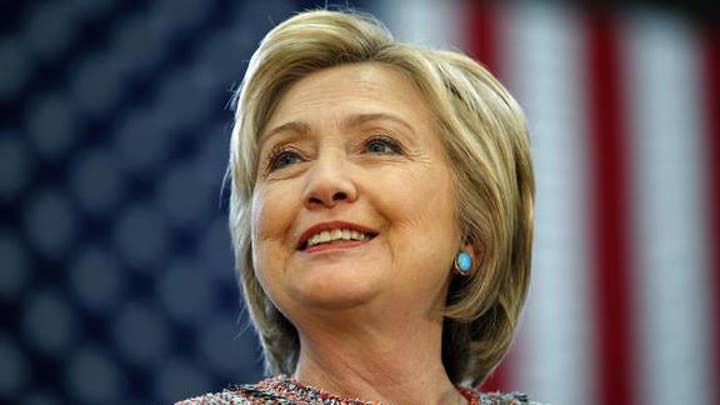 Fox News also reported in March that Strzok was advised of an irregularity in the metadata of Clinton’s server that suggested a possible breach, but there was no significant follow up, according to sources with knowledge of the matter.

Clinton’s use of a private email server when she served as the nation’s top diplomat became a central issue of the 2016 campaign. After a lengthy investigation, Comey controversially announced in July 2016 that the agency would not recommend charges, but said that Clinton was “extremely careless” in her handling of classified information.

He then announced he would revisit the probe just days before the election after the discovery of new emails, a move that the Clinton camp has blamed for her loss to President Trump.

Horowitz was due to release his long-awaited report into the FBI and DOJ’s actions on Thursday afternoon.

In the House memo, lawmakers questioned whether the DOJ and FBI properly analyzed and interpreted the law surrounding mishandling of classified information.

“Officials from both agencies have created a perception they misinterpreted the Espionage Act by stating Secretary Clinton lacked the requisite 'intent' for charges to be filed,” the memo says, before pointing to statements by Comey that indicated a belief that intent was required -- which the memo says ignored “meaningful aspects” of the law.

The committees’ memo also says it appears the outcome of the investigation was "predetermined" in May, two months before Comey’s press conference and before multiple interviews had taken place.

It also accuses Comey of getting ahead of the DOJ on the final decision on whether to prosecute Clinton. 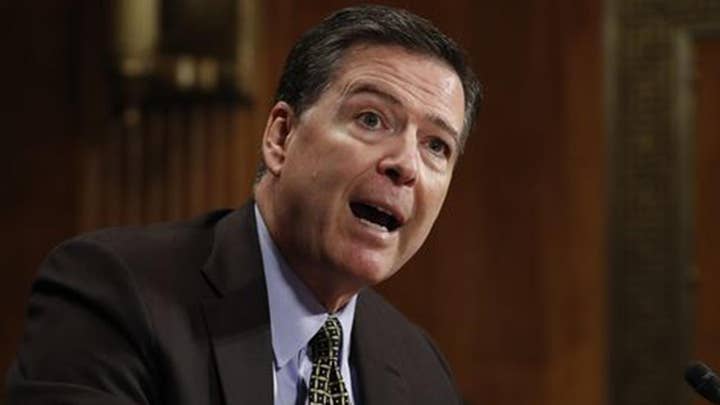 “Mr. Comey, as the FBI Director, was the chief investigator, not the prosecutor. It was not up to him to determine what a ‘reasonable prosecutor’ would do with the evidence the FBI had collected,” the memo says.