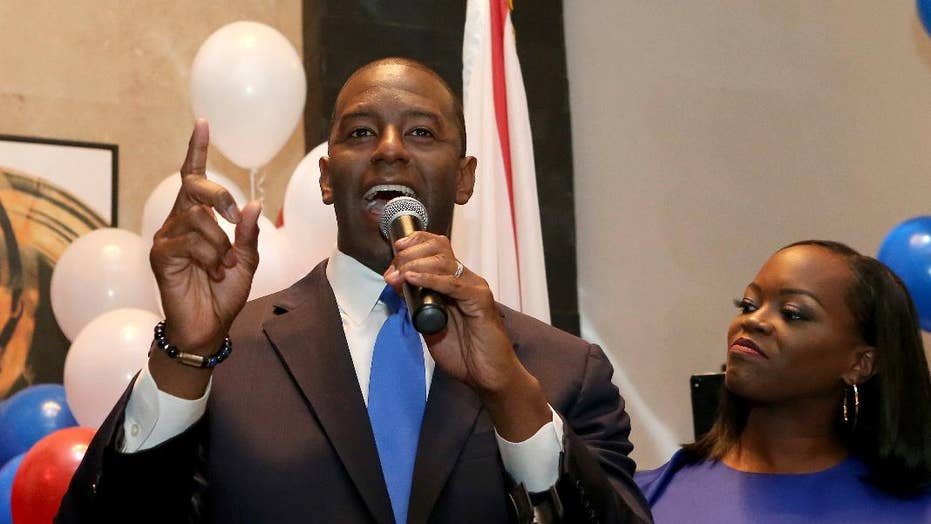 Will Democrats gain momentum if Andrew Gillum wins in Florida?

“I’ll tell you, I’m obviously deeply appreciative of Mr. Soros, as well as Mr. Steyer, both men whom I’ve known for some time,” Gillum said on NBC’s “Meet the Press” on Sunday.

"I’ll tell you, I’m obviously deeply appreciative of Mr. Soros, as well as Mr. Steyer, both men whom I’ve known for some time."

In fact, the 39-year-old Gillum received an outpouring of support from liberal megadonors and groups associated with their vast network of affiliates, helping him emerge from a crowded Democratic field last Tuesday.

In April, his campaign raised $450,000, with more than half of that coming from Soros in the form of a contribution to Forward Florida, a political action committee focused on getting Gillum elected, the Tampa Bay Times reported.

Both Soros and Steyer, who’s been leading an effort to impeach President Trump, also directed $650,000 in the final two weeks of primary campaigning toward the same political group, according to Politico.

Before the last-minute cash infusion, Steyer reportedly had already donated $500,000 to groups supporting Gillum, while Soros’ total contributions to the pro-Gillum group stood at $1 million.

Despite the donations and criticism that the billionaires may have undue influence in politics, Gillum brushed off suggestions that his candidacy was bankrolled by billionaires, saying the campaign was led by donations from “everyday folks.”