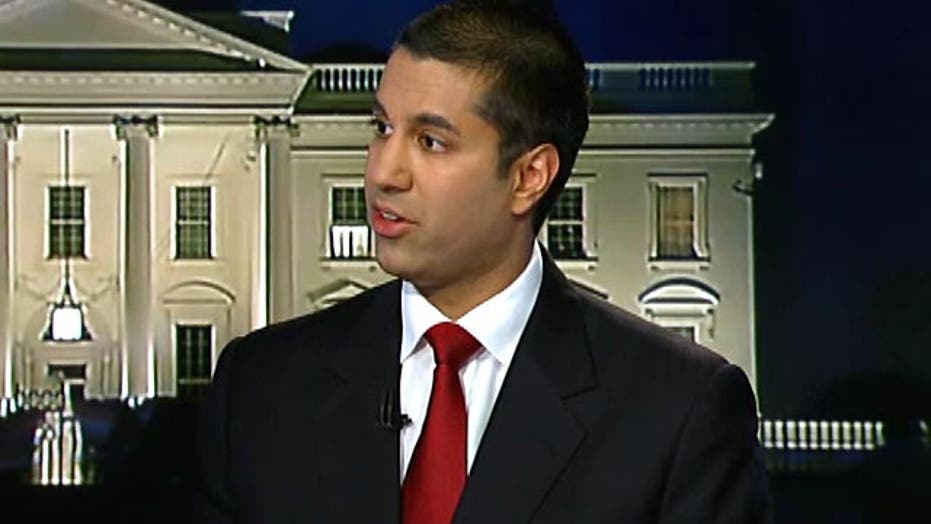 FCC commissioner Ajit Pai told Fox News’ Greta Van Susteren Thursday night he is concerned about a study by the agency that would send researchers into America’s newsrooms because he believes that “the government has no place in the newsroom.”

The FCC drew the ire of free-press advocates and lawmakers after proposing a "study of critical information needs," which one dissenting commissioner said would let researchers "grill reporters, editors and station owners about how they decide which stories to run."

Pai said on “On the Record” that he is worried about the First Amendment implications of the study, saying journalists could be inadvertently coerced into not reporting stories.

“If you are holding a broadcast license that the FCC issues, you are not going to feel like it’s entirely voluntary if you have to answer this battery of questions in this 70-some page study,” Pai said.

Pai, who originally raised concerns about the review in a Wall Street Journal op-ed piece, said he was encouraged by the news that FCC Chairman Tom Wheeler has instructed the contractor doing the study to remove questions about editorial judgment, calling it a “positive step.”

“I’m hopeful that he and my colleagues will come to embrace the basic principle that, again, the government has no place in the newsroom,” Pai said.

Rep. Renee Elmers also spoke out against the study Thursday, telling Van Susteren the study is potentially “dangerous” for America.

“This is one more attempt by the Obama administration to trample on the Constitution,” Elmers, R-N.C. said.