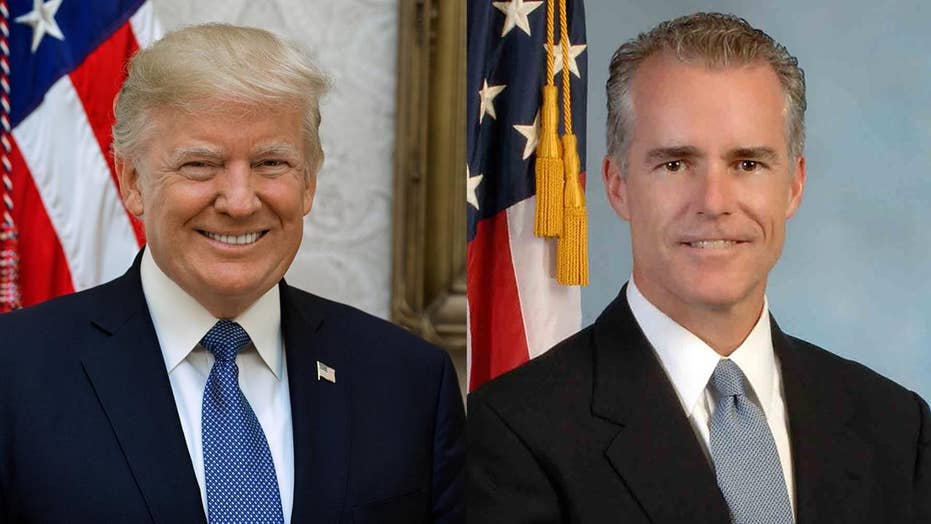 The legal fund of former FBI Deputy Director Andrew McCabe, who was fired March 16, attracted donations from a long list of Democratic operatives, mega-donors and the FBI, Fox News has learned.

The donors include an anti-Trump ex-FBI top official who defended James Comey, a congressional hopeful who received money from McCabe’s wife, an associate of former President Barack Obama and several Democratic mega-donors.

Attorney General Jeff Sessions fired McCabe last month -- just days before he would have been eligible for a lifetime government pension. McCabe was fired for committing three violations of the bureau's ethics code, an investigative source told Fox News.

McCabe said his ouster was part of the Trump administration’s "ongoing war on the FBI and the efforts of the special counsel investigation" into Russian meddling in the 2016 elections.

Republicans have long criticized McCabe over his alleged ties to the Democratic Party and his opposition to Trump.

Republicans point to allies of the Clinton family who made sizable donations to his wife’s political campaign. His name was also mentioned in the infamous “insurance policy” text message between FBI officials Peter Strzok and Lisa Page, who worked on Special Counsel Robert Mueller's Russia probe before being removed.

McCabe set up an online fundraiser following his firing to cover potential legal costs, and it attracted more than $550,000 in contributions. Last week, he announced that he would stop accepting donations.

A closer look at the donors’ list reveals McCabe received an outpouring of financial support from the establishment of both the FBI and the Democratic Party.

He told Fox News that although he met McCabe just briefly, he believes the situation warrants a further inquiry into all the circumstances regarding his firing.

Mason is well known among the FBI and the Democratic establishment. He donated $1,000 to Hillary Clinton’s 2016 presidential campaign, and his name was floated to succeed then-FBI Director Mueller in 2013.

“Waking up each day and turning on the news for five minutes to see the latest absurdity coming out of the White House is already getting tiresome.”

Since then, Mason has penned numerous articles supporting the now-fired Comey as well as Clinton.

In 2016, he said that the calls to prosecute Clinton over her inappropriate use of email were driven by “strong dislike of Mrs. Clinton,” and that he believed her actions were more likely “careless” rather than “traitorous.”

“All I know is that I trust FBI Director Jim Comey. I believe in his integrity and his honesty,” Mason added in the article, defending the former FBI director for not recommending charges against Clinton.

In another article, Mason expressed concerns after Comey was fired by Trump.

“I believe the firing of James Comey is something that should concern all Americans,” Mason wrote in 2017. “The justifications for the firing of the director that have been put forth by the White House lack credibility. Can anyone legitimately claim that the timing of this act is not, at the very least, suspicious?”

He added, “Waking up each day and turning on the news for five minutes to see the latest absurdity coming out of the White House is already getting tiresome.”

LuAnn Bennett, a real estate executive who unsuccessfully ran for Congress in 2016 in Virginia, donated $500.

In an email to Fox News, she confirmed the donation but declined to be interviewed, saying the donation “should tell you all you need to know about my position vis-a-vis his firing.”

The former candidate is well connected to the McCabe family. Jill McCabe, wife of the fired FBI deputy, who herself ran for a seat in Congress, donated $1,250 to Bennett’s campaign in 2016.

Jill McCabe was criticized after The Wall Street Journal revealed that an influential Democrat with ties to Bill and Hillary Clinton donated nearly $500,000 to her campaign while her husband later helped to oversee the probe into Hillary Clinton’s email use.

Larry Grisolano is another name found among the donors to McCabe’s legal fund.

The consulting firm worked closely with Obama in 2008 and 2012 and Grisolano served as director of paid media and opinion research of the both election campaigns. Many of the firm’s top stars ended up working in the Obama administration.

Grisolano, who made a $500 donation to McCabe under his full legal name, John Lawrence Grisolano, confirmed the contribution to Fox News. He said McCabe's firing was political and is part of a larger assault against civil servants and U.S. institutions by the Trump White House.

In recent elections, he also opened his wallet to multiple Democratic candidates and causes, including Clinton and Sen. Kamala Harris of California, whom many consider a possible contender for the party's 2020 presidential nomination.

Ted Dintersmith, a philanthropist and Democratic mega-donor, cut out a check for $5,000 to McCabe. (Twitter)

Ted Dintersmith, a philanthropist and a former venture capitalist, contributed $5,000 to McCabe. He is a known Democratic mega-donor who contributed $50,000 to Clinton’s failed 2016 presidential run.

The Center for Responsive Politics lists Dintersmith among so-called “bundlers." The center identifies a bundler as an individual who uses connections to solicit donations for the candidate he or she supports after maxing out personal contribution limits. Dintersmith was considered an Obama bundler in 2012.

Another Democratic mega-donor who donated $500 to McCabe’s legal fund is Jeremy Mindich, a managing partner of Scopia Capital.

Mindich has been donating to Democrats since 2004, and in the last presidential election he contributed nearly $1 million to Democratic groups -- including $300,000 to the progressive MoveOn.org political action committee (PAC).

Both Dintersmith and Mindich declined to comment but did not dispute making the donations to McCabe.