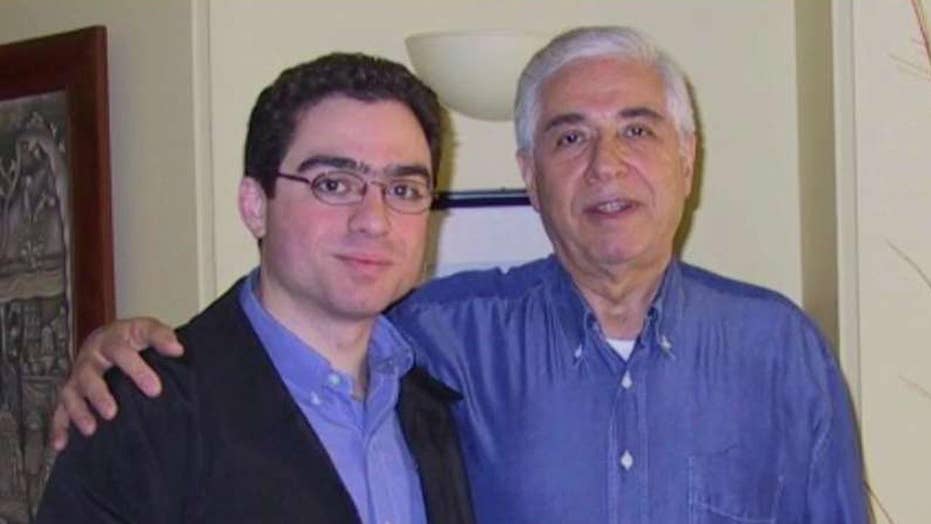 The regime sentenced two Iranian Americans, a father and son, to 10 years in prison; Rich Edson explains on 'Special Report'

The family of two Iranian-Americans imprisoned in Iran is imploring the Trump administration to help secure their release, describing their situation as one of “fear” and uncertainty as their cases languish for months on end.

"I cannot begin to articulate the feeling of hopelessness, of despair, of sheer fear, of what my family is going through,” said Babak Namazi, the son and brother of the imprisoned Americans. “Every day I wake up and I wonder if today is the day that I am going to get any bad news."

The prisoners are Baquer and Siamak Namazi, a father and son.

Siamuk is a businessman and scholar who was arrested in October 2015 by Iranian authorities.  His attorney says he was the only American excluded from a prisoner release following the Iran nuclear deal. In February 2016, Iran arrested his 80-year old father, Baquer Namazi, a former representative of the United Nations Children’s Fund, or UNICEF.

Iran sentenced them to 10 years each, claiming they spied and communicated with the United States.

Amid new tensions between the Trump administration and Iran over the status of the nuclear agreement, the Namazis’ attorney said they are “convenient hostages” that Iran is using as “leverage with the United States” -- and noted the previous administration pushed for their release.

“The bottom line is President Obama failed to secure the release of Siamak Namazi and Baquer Namazi,” said Jared Genser, the Namazis’ attorney.  “The question of course now is what's going to happen in the Trump administration.”

Genser said the family is encouraged because in October, then-presidential candidate Donald Trump tweeted of the Namazis’ arrests, “Well, Iran has done it again. Taken two of our people and asking for a fortune for their release. This doesn't happen if I'm president!”

Now, the Namazis are holding Trump to that promise. Like the Obama administration, Trump officials have raised the Namazi case.

Genser called Spicer’s comments an “important step forward” but said “ it needs to be followed up by immediate and aggressive action.”

The Namazi family said the situation is becoming more urgent as Baquer is ill and prison conditions are dreadful.