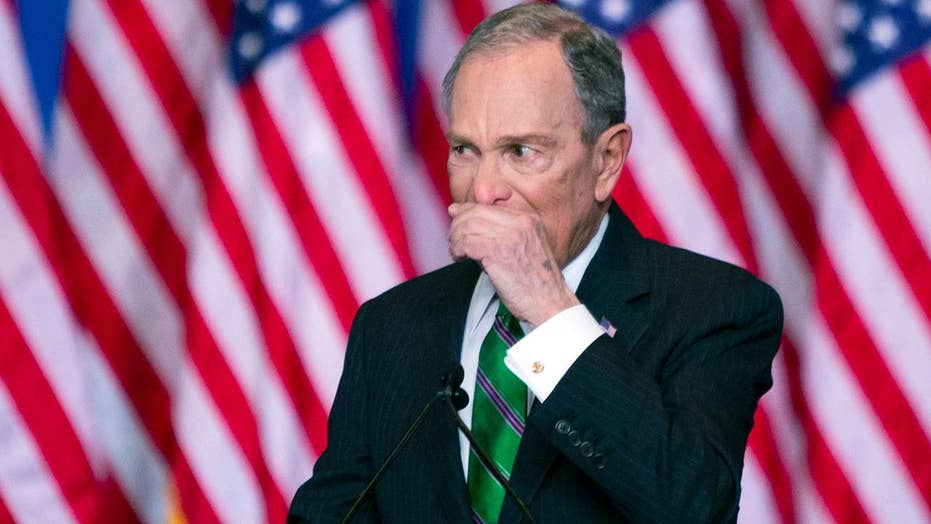 A former Bloomberg campaign staffer filed a proposed class-action lawsuit claiming that the former New York City mayor reneged on promises to pay employees through November 2020 whether or not he won the Democratic presidential nomination.

Donna Wood, who worked as a field organizer for the campaign, noted that many employees left their previous jobs in order to work on the campaign with the understanding that they would continue to be paid until November's election and receive full health care benefits for themselves and their families. Nevertheless, she claimed, the campaign "terminated the vast majority" of workers in her position and others, leaving a number of them without insurance as coronavirus spreads across the country.

Wood said that she and thousands of others were fired after Bloomberg dropped out of the race on March 4 following a disappointing result in the Super Tuesday primaries.

"Defendant's termination of [field organizers] and other campaign employees deprived them of promised income and health care benefits, leaving them and their families potentially uninsured in the face of a global pandemic," said Wood's complaint, filed Monday in Manhattan federal court.

Wood also alleges that the campaign improperly classified field organizers as exempt from the Fair Labor Standards Act's overtime provisions so it would not have to pay them as they "regularly" worked more than 40 hours a week. The FLSA has a number of exemptions from the overtime requirement, but Wood claims her primary duties of calling prospective voters to promote Bloomberg's campaign and recruiting campaign volunteers did not fall under any of those exemptions, as they had nothing to do with the management of the campaign.

Bloomberg's strategy as a late-comer to the campaign was to skip early contests in states including Iowa, New Hampshire, Nevada and South Carolina, focusing instead on delegate-rich states that were up for grabs in the March 3 races in California, Texas, Virginia and others. Wood claims that Bloomberg promised to employ people through November due to his late entry into the race because he was trying to attract workers.

Abrahamson told Fox News that Wood was terminated on March 20, the same day the campaign announced an $18 million donation to the Democratic National Committee.

A Bloomberg campaign spokesperson told Fox News in a statement that the campaign paid workers "wages and benefits that were much more generous than any other campaign this year," as well as "several weeks of severance and health care through March, something no other campaign did this year. "

The statement went on to say that health benefits will be extended due to coronavirus.

"Given the current crisis, a fund is being created to ensure that all staff receive health care through April, which no other campaign has done," the statement said. "And many field staff will go on to work for the DNC in battleground states, in part because the campaign made the largest monetary transfer to the DNC from a presidential campaign in history to support the DNC’s organizing efforts."