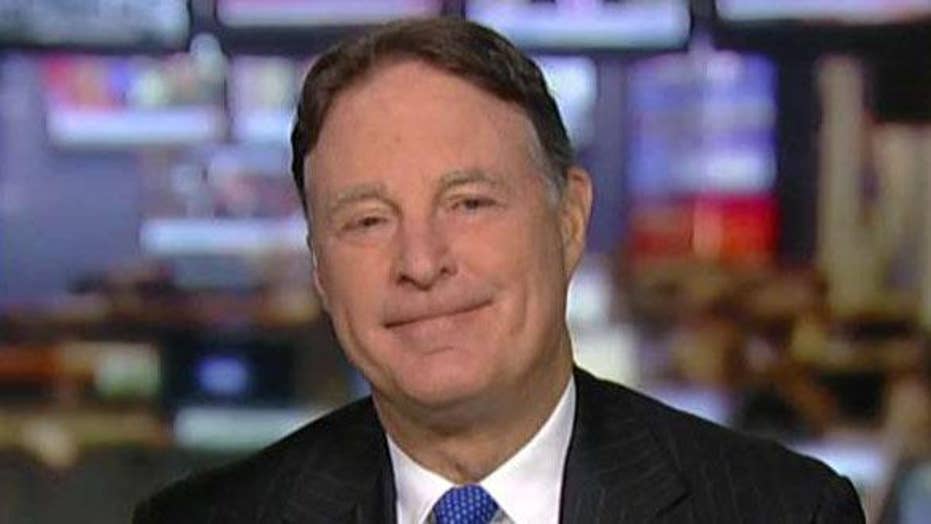 Evan Bayh says impeachment is in the eye of the beholder

Former Sen. Evan Bayh, D-Ind., who served during the impeachment of President Bill Clinton, suggested Sunday that a compromise between House Democrats and President Trump could be a satisfactory solution to avoid the “political food fight” of impeachment, but said realistically he doubts it will become a reality.

Bayh claimed that the American people may best be served by the House continuing its investigation with Trump’s participation, and then leaving the ultimate decision to voters instead of the Senate.

“It probably is in the president’s best interest to say ‘Look, I’ll participate, I’ll make all my witnesses available if you’ll agree to just let the voters decide next fall; issue a report, don’t impeach me.' I think there’s the middle ground," Bayh said on Fox News' "Sunday Morning Futures."

Ultimately, however, he was pessimistic about the possibility.

"Will they seize that middle ground? Probably not," the former senator said.

Bayh compared the current situation to that of both Clinton and former President Richard Nixon, pointing out how standards have been set differently in the past when it comes to impeachment due to the vague nature of the Consitution.

Bayh predicted that the House will likely impeach Trump, then the Senate "will almost surely acquit him," leaving the decision to the voters anyway.

"So I think a lot of America will conclude in January or February, look, this is a big political food fight, enough already, let’s get on with actually trying to govern the country," he said.

Meanwhile, House Intelligence Committee Chairman Rep. Adam Schiff, D-Calif., is expected to release a report from his committee's findings on Monday after questioning witnesses as part of their impeachment inquiry.

The House Judiciary Committee is scheduled to begin its portion of the proceedings on Wednesday, calling legal academics to testify regarding impeachment from a constitutional perspective. President Trump was given until 6:00 p.m. Sunday to decide whether or not to have his legal team participate in the hearing, even though Democrats on the committee apparently do not know who the witnesses would be.

Trump was also given until this Friday to state whether he will be defending himself at future hearings.