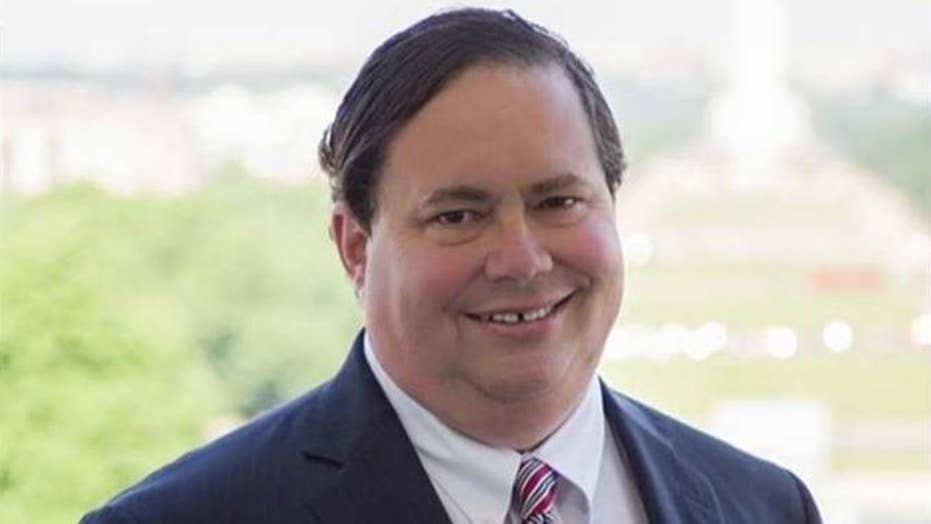 Republican congressman from Texas can neither confirm nor deny that sexual harassment claim settlement involved his office; Trace Gallagher reports from Los Angeles.

WASHINGTON – The House Ethics Committee said Thursday it is expanding its investigation into sexual harassment allegations against Republican Rep. Blake Farenthold of Texas.

The committee said it will investigate whether Farenthold sexually harassed a former member of his staff and retaliated against her for complaining. The committee also said the panel would review allegations that Farenthold made inappropriate statements to other members of his official staff.

Lauren Greene is a former communications director in the congressman's office. She alleged in a 2014 federal lawsuit that she was sexually harassed and fired soon after complaining of a hostile work environment. Farenthold said when the case was settled in 2015 that he didn't engage in any wrongdoing.

The committee had already been conducting a discretionary review of the matter and has examined more than 200,000 pages of materials and interviewed multiple witnesses. However, a press release announcing the subcommittee's formation said the resolution of the case had been significantly delayed by difficulties in obtaining testimony from key witnesses and in accessing confidential documents the parties exchanged as the lawsuit was ongoing.

The formation of the subcommittee raises the level of the review and is a necessary prerequisite to the most serious sanctions available in ethics matters.

Blake Farenthold was elected to Congress in 2010. (AP)

The committee said more information has come out about the settlement between the two parties. In addition, both Farenthold and the former aide had expressed an interest in increased transparency.

"In light of these developments, the Committee has determined that it is appropriate to establish an Investigative Subcommittee to continue its investigation," said Reps. Susan Brooks, R-Ala., the chairman of the committee, and Rep. Ted Deutch, the ranking Democrat.

The independent Office of Congressional Ethics investigated Greene's claim, and recommended that the House Ethics Committee dismiss the allegations, "as there is not substantial reason to believe that Representative Farenthold sexually harassed or discriminated against complainant."

Complaints against members of Congress generally go to the Office of Compliance, which last week said it has settled one claim since 2013 resulting from sexual harassment. The amount was $84,000.

An aide with knowledge of the settlement confirmed Friday that Farenthold is the lawmaker whose office paid the settlement. The aide spoke on condition of anonymity because the individual was not authorized to publicly discuss the agreement.

Farenthold subsequently said he was taking out a personal loan to cover the settlement's costs.