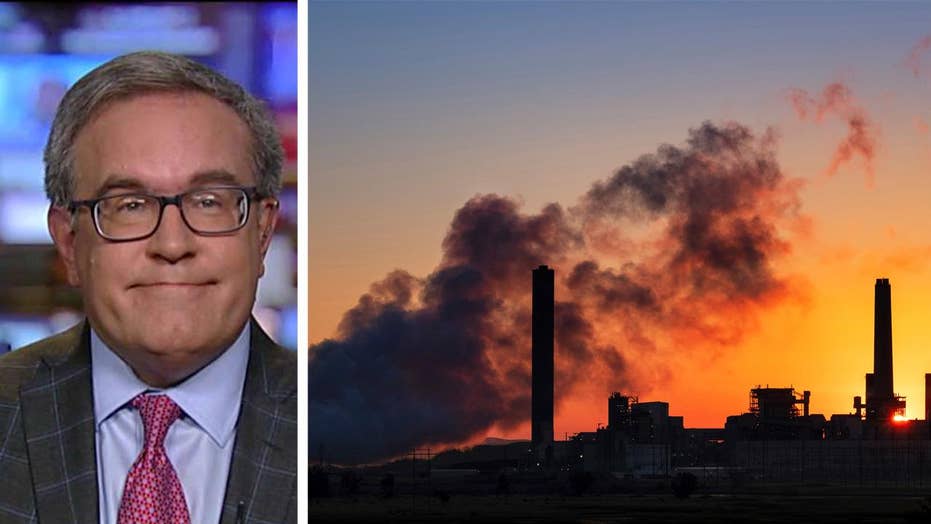 The Trump administration’s Environmental Protection Agency is taking aim at an Obama-era regulation that seeks to reduce mercury pollution from coal-fired power plants.

“The Trump Administration is providing regulatory certainty by transparently and accurately taking account of both costs and benefits,” the EPA said in a news release Friday.

The EPA on Friday proposed a new rule that challenges the basis for the Obama regulation. It calculates that the crackdown on mercury and other toxins from coal plants produced only a few million dollars a year in measurable health benefits and was not "appropriate and necessary" — a legal benchmark under the country's landmark Clean Air Act.

The EPA said the proposal is meant to “correct flaws.”

The proposal, which now goes up for public comment before any final administration approval, would leave the current mercury regulation in place.

“EPA will take comment on the proposal for 60 days after publication in the Federal Register and will hold a public hearing,” the EPA said.

The EPA said it will seek comment on whether "we would be obligated to rescind" the Obama-era rule if the agency adopts Friday's finding that the regulation was not appropriate and necessary. Any such change would trigger new rounds in what have already been years of court battles over regulating mercury pollution from coal plants.

The 2011 Obama administration rule, called the Mercury and Air Toxics Standards, led to what electric utilities say was an $18 billion clean-up of mercury and other toxins from the smokestacks of coal-fired power plants.

Mercury causes brain damage, learning disabilities and other birth defects in children, among other harm. Coal power plants in this country are the largest single manmade source of mercury pollutants, which enters the food chain through fish and other items that people consume.