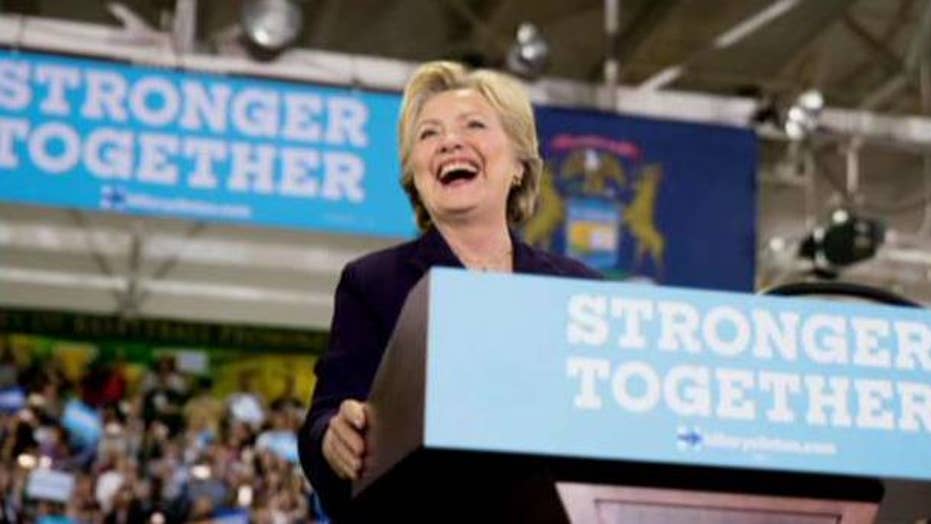 Clinton team brainstormed jokes for her on email scandal

Hillary Clinton’s top aides privately debated whether to joke about her emerging email scandal, if they should shift some blame to former secretaries of state and how to frame, explain and defend her use of a homebrewed server in a series of purported March 2015 emails revealed by WikiLeaks this week.

The emails, which originated on the Gmail account of Clinton Campaign Chairman John Podesta, paint a portrait of a political team alternately worried and defiant in the face of their boss’ mushrooming email disclosure. Through the early days of the email revelations, and even throughout the summer as further discoveries turned up the heat, Clinton’s group sweated the minutiae of her carefully crafted responses in an attempt to keep the campaign’s preferred narrative on track.

As the scandal evolved during the summer of 2015, aides suddenly had to combat reports that classified information may have been emailed, leading Clinton to eventually modify her original denials to say she had never “sent nor received any email that was marked classified.” On Aug. 21, her team was debating a new statement addressing the issue. Press secretary Brian Fallon emailed communications director Jennifer Palmieri to flag a potential issue.

Jennifer Palmieri was on a chain of emails discussing the response to Hillary Clinton's email scandal. (AP)

It’s unclear if anyone responded to Fallon’s concerns.

Worries such as Fallon’s, however, were not as commonplace during the early days of the scandal. Emails reveal that Clinton’s staff’s first instinct was to use humor to blunt the force of the March 2 New York Times article on the personal account.

Palmieri floated the “idea of HRC making a joke about the email situation” during an event for Emily’s List, a pro-choice PAC. A few staffers chimed in that this approach could work, but adviser Mandy Grunwald disagreed.

“We don’t know what’s in the emails, so we are nervous about this,” Grunwald wrote after a conversation with consultant Jim Margolis. “Might get a big laugh tonight and regret it when content of emails is disclosed.”

Nick Merrill, another press aide, pitched a comedy segment on March 7, noting that Clinton could appear with her husband and daughter at an already-scheduled event being hosted by comedian Larry Wilmore. Merrill mused that Wilmore could cue Clinton to join him on stage with the line, “I should tell you, I just emailed HRC (I hear she’s a big emailer), and asked if she’d join as well.”

“Goal would be to cauterize this just enough so it plays out over the weekend and dies in the short term,” Merrill writes, adding: “It might be crazy, but it might also be the one-two punch we need right now.”

The comedy route was ultimately scrapped.

Clinton’s advisers also discussed how much – if any – blame should be assigned to her predecessors at the State Department. Palmieri’s first response to being emailed The New York Times story on March 2 was: “Didn’t Condi [Rice] also use a non-government account?”

The following day, Merrill circulated a list of talking points to top campaign staffers. Among the notes, Colin Powell’s memoir was cited to show he worked in a similar fashion. On March 6, an initial draft of a Clinton email statement included an anecdote about Powell telling her during a dinner party about his email usage. The next day, however, campaign manager Robby Mook wanted that portion gone.

“The one thing in here I feel strongly about is that she NOT include the part about meeting with other former secretaries and that they told her she should do this,” Mook wrote. “I recognize that the boss will have to approve, but if she wants to include that, I’d say we should discuss with her. I worry it opens a major can of worms and deflects the heat in a potentially unhelpful way.”

Every sentence of Clinton’s eventual March 10 statement was carefully written, re-written and massaged by her core campaign group, and the statement went through nearly a week of edits before Clinton finally delivered it.

An early version included the sentence, “I knew that others in government used their personal email accounts,” but was then struck out. A March 6 draft also included the line, “I am amused (and bemused) to be caught up in a controversy about technology, since I have a well-earned reputation for not being especially tech-savvy.”

Palmieri forwarded a copy to Podesta and wrote “Not so sure myself,,,”

On March 7, Grunwald and Margolis suggested cutting the description of Clinton as a bumbling technophobe.

“Our big suggestion is to cut the ‘bemused’ paragraph about HRC's relationship to technology,” Grunwald wrote. “This seems more appropriate for HRC to say in person than on paper. Additionally, we worry that the word ‘bemused’ will drive ‘this is no laughing matter’ reactions.”

Top Clinton aide Cheryl Mills also removed the word “deleted” from one draft to instead read that the emails were “discarded,” according to document track changes.

Hillary Clinton aide Cheryl Mills made some edits to a draft version of her email statement. (AP)

With the statement squared away, the team went on the offensive. Palmieri wrote on March 8 that “we are going to need Dems to come out in force to support her” both nationally and in New Hampshire and Iowa, the first two states participating in the upcoming Democratic primaries. To help, Palmieri released a press and surrogate plan, and longtime aide Philippe Reines suggested using Vermont Sen. Pat Leahy because he had advocated for Congress to be subjected to Freedom of Information Act requirements.

“He could jam Rand [Paul], [Marco] Rubio and [Ted] Cruz to release their WORK email, let alone personal,” wrote Reines, referencing several senators who were then among the Republican presidential contenders. “Could explain why Rand Paul in particular has been unusually quiet during this whole thing.”

Reines also proposed going on background to one or two “VERY friendly and malleable reporters” to say Clinton’s strong handling of the scandal was due in part to the new team surrounding her. He followed up by noting that he brought the plan up to Clinton. “It’s fair to say she appreciates the utility of doing this,” Reines wrote.

Center for American Progress CEO Neera Tanden, who frequently emailed thoughts and advice to Podesta, emailed on March 9 to express displeasure with a Wall Street Journal story that had some unflattering quotes from White House staffers.

“But the WH crapping on her is going to send this into orbit,” Tanden wrote.

On March 10, Clinton appeared before reporters for the first time to answer questions about her use of email. That same day Rep. Trey Gowdy, who was chairing the committee investigating the Benghazi terror attack, issued a statement critical of Clinton. That appeared to please Palmieri, as she wrote that Democrats can now shift the conversation “back in the Benghazi box.”

“Saw it as positive that Gowdy took the bait and overreacted to her comments,” Palmieri wrote. “Hill Dems will like to hear that we are looking to put this back on House R’. Anytime they are involved, Dems win.”

A month later, on April 12, Clinton announced her candidacy for president. 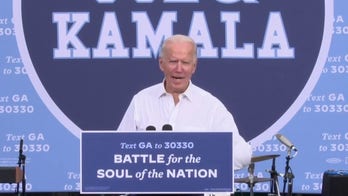