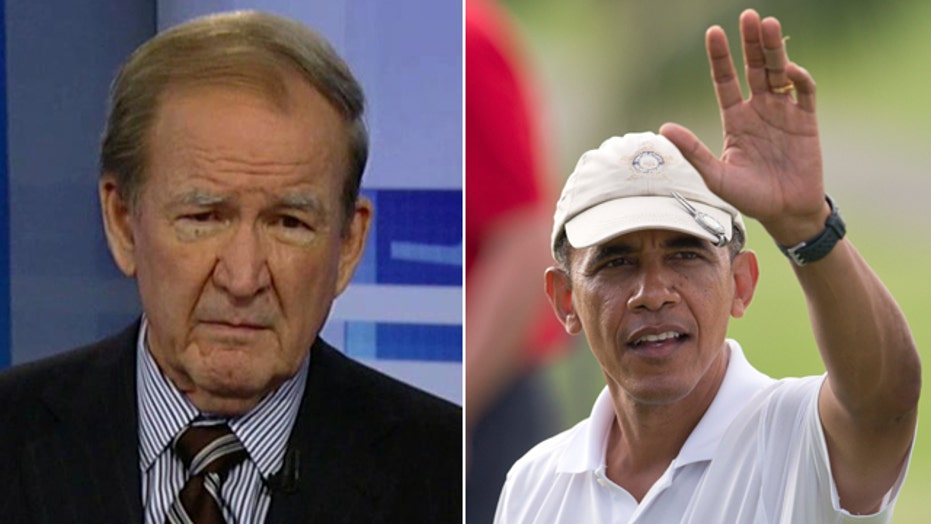 Former Reagan adviser Pat Buchanan on President Obama blaming Republicans for the puase in jobless benefits in his first radio address of 2014. Plus, is the nation going to pot?

The effort on Capitol Hill to restore long-term unemployment benefits to 1.3 million Americans is set to begin Monday with a critical first vote in the Senate.

The bipartisan legislation to restore the money cut from a budget deal passed in late December still needs support from about four Republicans in the Democrat-controlled Senate.

The three-year extension faces an even more uncertain future in the Republican-led House, where leaders say the $26 billion cost must be offset by spending cuts.

"I would like to find a way to get a compromise to extend unemployment insurance, at least for a brief period of time, but at the same time, the Democrats should make compromises," Rep. Peter King, R-N.Y, told CBS on Sunday.

Critics of the plan also argue the benefits have been in place longer and paid out more than in past recessions.

The Senate bill is sponsored by Sen. Dean Heller, R-Nevada, and Sen. Jack Reed, D-R.I., and will need 60 votes on Monday in the 100-member chamber -- which has 45 Republicans, 53 Democrats and two Independents who typically vote with Democrats.

“Denying families that security is just plain cruel,” Obama said Saturday. “We’re a better country than that. … Republicans should make it their New Year’s resolution to do the right thing and restore this vital economic security for their constituents right now.”

The president is also scheduled Tuesday to hold a White House event, in which he will be surrounded by unemployed Americans, to push for the benefits.

Restoring the money for those unemployed for at least six months appears critical to Democratic lawmakers who need to energize core voters in the midterm elections, which typically have low voter turnout. And it is part of their large, emerging platform of trying to reduce so-called income inequality.

However, Republicans including Florida Sen. Marco Rubio and former Arkansas Gov. Mike Huckabee, both possible 2016 presidential candidates, have also seized on the issue.

Rubio over the weekend released a YouTube video in which he challenged “a big-government war on poverty.”

“What our nation needs is a real agenda that helps people acquire the skills they need to lift themselves out of poverty and to pursue the American dream,” Rubio says in the video.