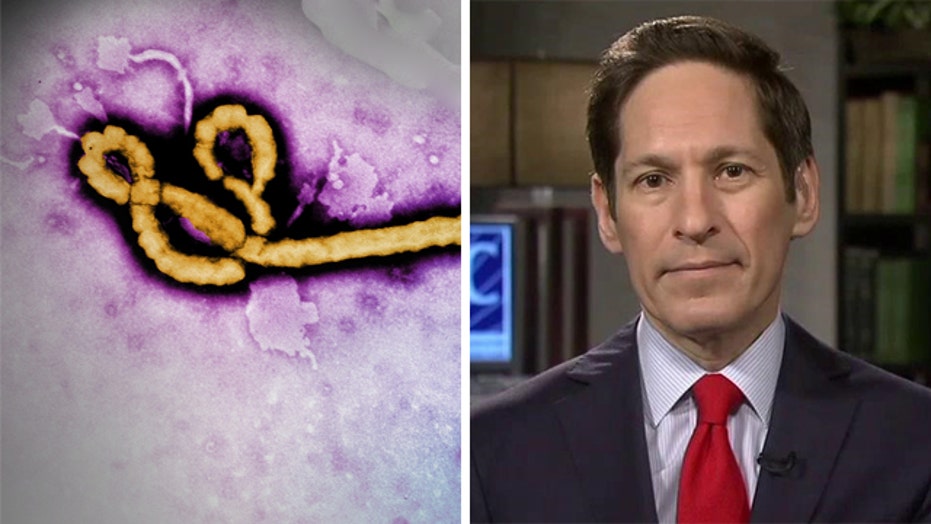 The Ebola outbreak in West Africa is fueling concerns that the porous U.S.-Mexico border poses a growing health risk, with statistics showing dozens of people from the epicenter of the Ebola scare illegally entered the U.S. -- or tried to -- this year alone.

Breitbart.com on Monday published a Customs and Border Protection document breaking down where illegal immigrants who turn themselves in or are caught by immigration authorities are coming from. The statistics reportedly showed they are traveling from more than 75 different countries.

Among them, between January and July of this year, at least 71 reportedly arrived from the three West African nations hit with the current Ebola outbreak.

"As the unaccompanied children continue to be transported to shelters around the country on commercial airlines and other forms of transportation, I have serious concerns that the diseases carried by these children may begin to spread too rapidly to control," he wrote.

Gingrey was ridiculed in the media for his letter and accused of unnecessarily spreading fears about the disease and about the children crossing the border.

The nonpartisan PolitiFact.com panned his Ebola warning, noting that the CDC at the time had no reports of Ebola infection "anywhere in the Western Hemisphere, much less the U.S.-Mexico border," and that anyone with Ebola and traveling by foot would likely die before reaching the U.S. border. (Since that report, two Americans with Ebola have been brought to the U.S. for treatment, though extreme medical precautions are being taken.)

But Indiana Republican Rep. Todd Rokita once again raised the Ebola issue while discussing the border crisis Monday on WIBC's The Garrison Show.

Noting that he, Rep. Larry Bucshon, R-Ind., and other members of the Indiana delegation sent a letter to President Obama inquiring about the hundreds of illegal immigrant minors released to sponsors in their state, he said: "We sent a letter to the president saying look, first of all, we have got to know. ... [Bucshon] said, look, we need to know just from a public health standpoint, with Ebola circulating and everything else -- no, that's my addition to it, not necessarily his -- but he said we need to know the condition of these kids as well."

CDC Director Thomas Frieden tried to assuage concerns about the spread of the disease during an interview earlier with "Fox News Sunday."

"There are 50 million travelers from around the world that come to the U.S. each year that are essential to our economy, to our families, to our communities. We're not going to hermetically seal this country," Frieden said. "What we can do is put in place sensible screening procedures."

Frieden was speaking in reference to a major U.S.-Africa summit being held in Washington, D.C., this week. In response to the Ebola scare, delegations from certain countries are being screened at their point of departure, and upon arrival in the U.S.

On Ebola, Frieden said that with the proper steps, "we can turn it around."

No case of an illegal immigrant carrying Ebola has been reported.

But several reports have surfaced, including in a recent inspector general review, of other health issues connected to the surge along the U.S.-Mexico border.

The Department of Homeland Security IG report last week said that in two cases, the children of a border agent got chicken pox after their exposure to a child who had the illness.

Other Border Patrol personnel reported they were "potentially exposed to tuberculosis."

There also were reports of U.S. personnel contracting scabies and lice, according to the IG findings.

Despite these concerns, according to the Department of Health and Human Services, any unaccompanied minor caught crossing the border is given what's called a "well-child" exam as well as any needed childhood vaccinations. They are also screened for tuberculosis and get a mental health exam.

According to the department, if they have or have been exposed to a communicable disease, they are put in a facility "that has the capacity to quarantine."