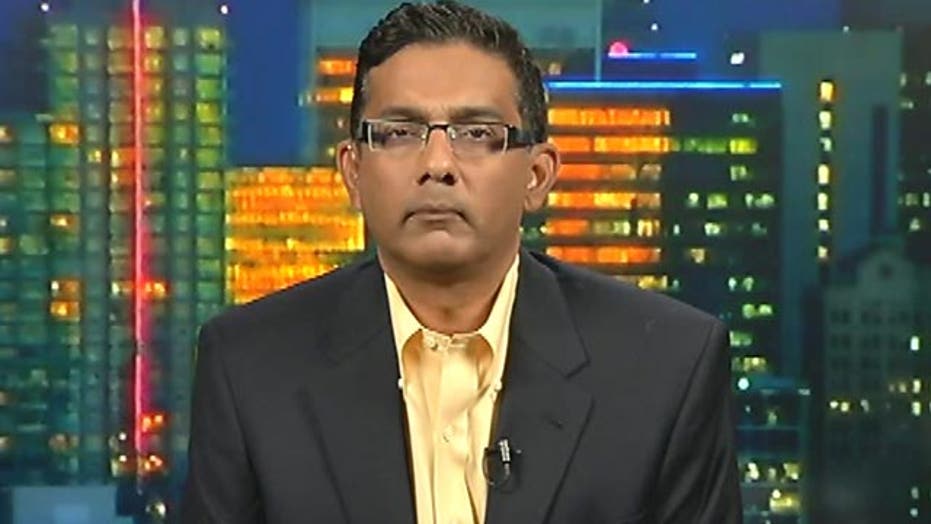 Reaction from the conservative filmmaker

The conservative filmmaker behind a hit anti-Obama documentary who subsequently was charged with violating federal campaign laws said Friday there’s a sense the president “treats his critics not merely as people who disagree but as enemies.”

Dinesh D’Souza, whose “2016: Obama’s America” is the second-highest grossing political documentary of all time, told Megyn Kelly on “The Kelly File” that while he couldn’t comment on his case specifically, “I am a public critic of the president and I do recognize this has made me to some degree vulnerable to some forms of counterattack.”

D’Souza and his co-producer on “2016,” Gerald Molen, are teaming up again for a new film “America,” which Molen said will be released on schedule in July 2014 regardless of what happens in D’Souza’s case.

D’Souza said it “was very clear the film got under his (Obama’s) skin.”

The 2012 film examined President Obama’s past and early influences that may have shaped his political ideology and was a surprise hit, making over $33 million at the box office.

D’Souza pleaded not guilty last month to one count of illegally donating to the Senate campaign of New York Republican Wendy Long and one count of causing false statements to be made to authorities in connection with the contributions.