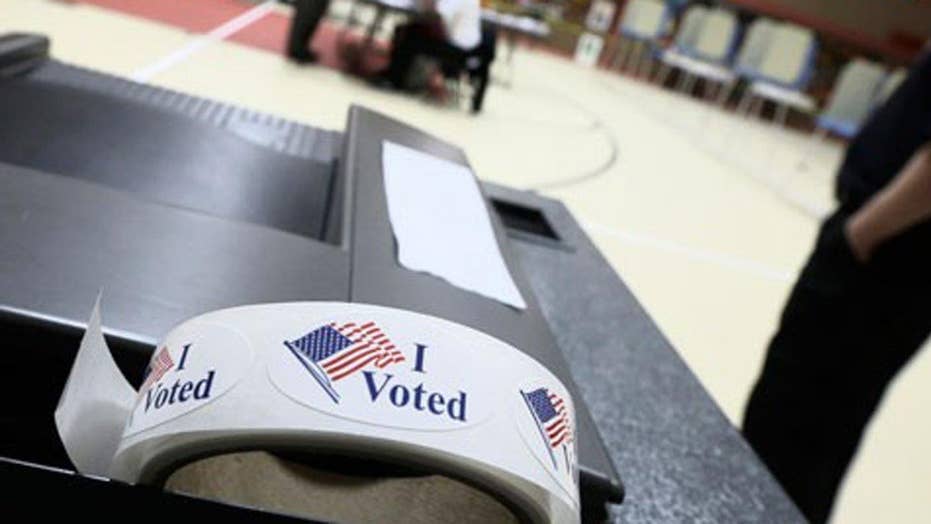 Study: Thousands of possible double voters across US

Once was apparently not enough for Pasco Parker.

Prosecutors say the 63-year-old Tennessee man voted in the 2012 presidential election, not once ... not twice ... but three times, in three different states.

"It's too easy to vote twice, it comes down to your honor," said Jay DeLancy, executive director of North Carolina volunteer voting watchdog group The Voting Integrity Project, which caught Parker.

DeLancy cited the case as an example of the kind of voter fraud that some have dismissed as overblown. "It's a lot more widespread than what people think, because the general public thinks there is no voter fraud. As proof they look at prosecutions, but we have learned how difficult it is to get prosecutions," he said.

It was DeLancy's group that brought Parker's case to the attention of election officials and law enforcement – and Parker is not alone. His was one of 149 cases of suspected double-voting DeLancy says his group has turned over.

In Parker’s case, he was charged with voter fraud for votes in the Nov. 6, 2012, presidential election. He voted in person at his polling place in Spring Hill, Tenn. Authorities say that was after previously mailing in another vote by absentee ballot in Florida on Oct. 28, and yet another absentee ballot vote in North Carolina the following day. He pleaded guilty to felony voter registration and felony voting fraud in Rutherford County, N.C., last November, and was spared jail time under the law.

In Wisconsin, 52-year-old Robert Monroe also was sentenced to jail earlier this year after he was charged with 13 counts of election fraud, including multiple voting and voting twice in the 2012 presidential race. Prosecutors say Monroe voted by absentee ballot, where he lives in Shorewood, Wis., on Nov. 1, 2012. Then on election day five days later, authorities say he drove four hours south to Lebanon, Ind., to vote in person, using his Indiana drivers license to sign in.

Even a 2012 Democratic congressional candidate was caught and had to drop out of the race.

And in Cincinnati, veteran poll worker Melowese Richardson was accused of voting twice in the 2012 presidential election, after Hamilton County prosecutors charged her in 2013 with eight counts of illegal voting over several elections. She pleaded guilty to four counts, and prosecutors said she had even voted in the presidential election for her sister, who had been in a coma for almost a decade. Richardson was sentenced to five years in prison but was released early.

In Kansas, Lincoln Wilson also was charged with voting in both that state and in Colorado, where records show he is a registered Republican. He was accused of multiple counts stemming from the 2010, 2012, and 2014 elections.

And this past June, it turned out that the California presidential primary was not immune to the double-voting phenomenon. The East Bay Times reported that "in just three counties, Contra Costa, Alameda and Santa Clara, 194 people voted twice, suggesting the abuse statewide might run into the thousands."

Some suggest the number of potential double voters could be much higher than that.

Others contend the matches of voters' names in two or multiple states are merely coincidences and clerical errors, and that the potential for people voting more than once is overblown.

The Brennan Center for Justice, considered the nation's leading election system monitoring group, issued a 2007 report on the problem. It said "these cases are extremely rare, in part because the penalty (criminal prosecution) is so severe, and the payoff (one incremental vote) is so minimal. It is far more common, however, to see allegations of epidemic double-voting that are unfounded. Such claims are usually premised on matching lists of voters from one place to another, but upon closer inspection, the match process shows error.”

While elections officials insist that there are sufficient safeguards to prevent double-voting, DeLancy fears the possibility is very real, as evidenced by the cases his group has seen. He says prosecutors need to do more.