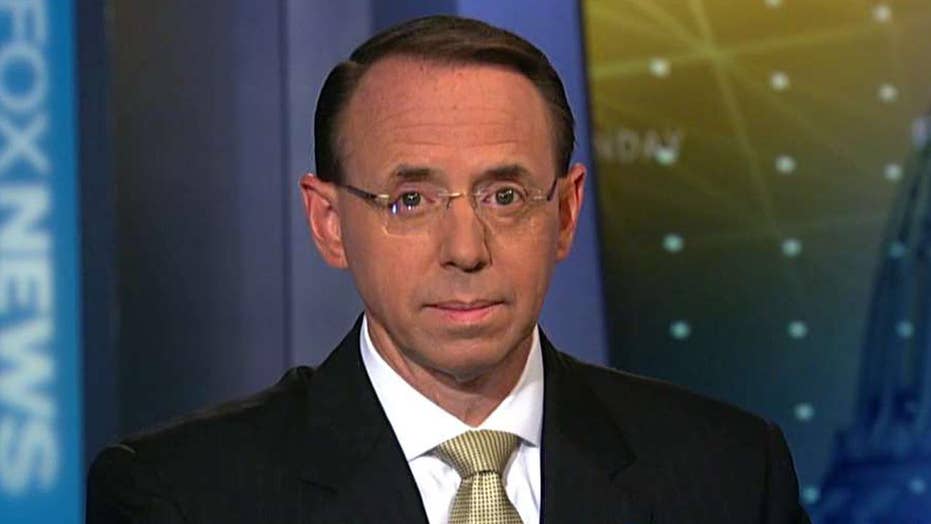 The Department of Justice is reviewing policies for how it prosecutes white-collar corporate crimes and could be making changes "in the near future," according to Deputy Attorney General Rod Rosenstein.

Rosenstein made the remarks at the Heritage Foundation in Washington on Thursday. He told the audience the department is reviewing the "Yates Memo," a document penned by his predecessor Sally Yates which instructed attorneys to go after individuals when prosecuting corporate crimes.

Signaling a shift, Rosenstein said, "I anticipate that there may be some changes to the policy on corporate prosecutions."

The federal government's policy on marijuana also came up Thursday, as Rosenstein indicated the DOJ is still looking at the Obama-era policy to avoid prosecutions in states that voted to legalize marijuana.

"We are reviewing that policy. We haven't changed it, but we are reviewing it. We're looking at the states that have legalized or decriminalized marijuana, trying to evaluate what the impact is," Rosenstein said. "And I think there is some pretty significant evidence that marijuana turns out to be more harmful than a lot of people anticipated, and it's more difficult to regulate than I think was contemplated ideally by some of those states."

The "Cole Memo," written by Obama-era Deputy Attorney General James Cole in 2013, laid out guidelines allowing states to enforce their own marijuana laws without interference from the federal government.

However, Rosenstein did not hold back on the position of the Jeff Sessions DOJ: "Our position and the position of the United States, because it's reflected in law, is that marijuana is illegal ... even if, under the terms of the memo, you're not likely to be prosecuted, that doesn't mean what you’re doing is legal, or that it's approved by the federal government or that you're protected from prosecution in the future."