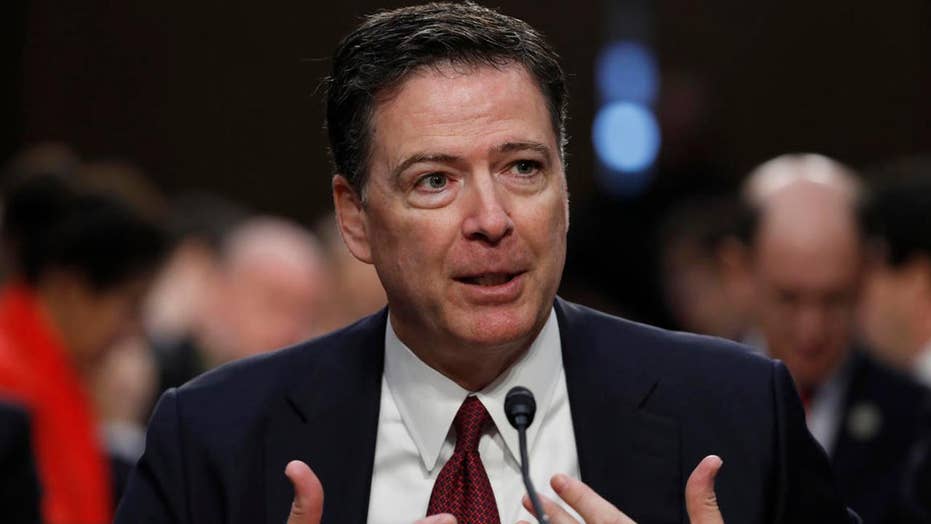 The source told Fox News the memos were turned over to the House Judiciary, Oversight and Intelligence Committees following threats from Judiciary Chairman Bob Goodlatte, R-Va., to subpoena Deputy Attorney General Rod Rosenstein for failing to meet the deadline to submit the documents.

In a statement to lawmakers, the Justice Department said it had redacted classified information in the memos, but would provide an unredacted version on Friday.

In a joint statement, the committee chairmen said the memos "are significant for both what is in them and what is not. 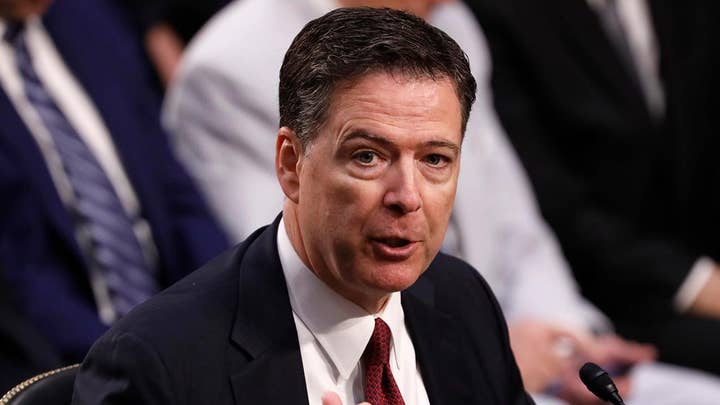 "Former Director Comey's memos show the President made clear he wanted allegations of collusion, coordination, and conspiracy between his campaign and Russia fully investigated," they said. "The memos also made clear the 'cloud' President Trump wanted lifted was not the Russian interference in the 2016 election cloud, rather it was the salacious, unsubstantiated allegations related to personal conduct leveled in the [Steele] dossier.

"The memos also show former Director Comey never wrote that he felt obstructed or threatened," Goodlatte, Gowdy and Nunes went on. "While former Director Comey went to great lengths to set dining room scenes, discuss height requirements, describe the multiple times he felt complimented, and myriad other extraneous facts, he never once mentioned the most relevant fact of all, which was whether he felt obstructed in his investigation."

In an interview with CNN earlier Thursday, Comey said it was "fine by me" if Congress and the public sees the memos.

"I don't care. I don't have any views on it. I'm totally fine with transparency," Comey said. "I've tried to be transparent throughout this, and I think what folks will see if they get to see the memos is I've been consistent since the very beginning, right after my encounters with President Trump."

The memos were written by Comey in early 2017 and dated Jan. 7, Jan. 28, Feb. 8, Feb. 14, March 30, and April 11. The document cache also included a March 1 email from Comey to his then-chief of staff James Rybicki in which Comey discussed a brief phone call with Trump that did not touch on any aspect of the Russia investigation.

Fox News has reported that Comey penned seven memos to memorialize conversations with Trump, with four of the memos marked classified at the “Secret” or “Confidential” levels, according to Senate Judiciary Committee Chairman Chuck Grassley, R-Iowa, who viewed the memos with his staff in a Sensitive Compartmented Information Facility (SCIF) at the FBI and the Senate because the FBI deemed the “majority of the memos” to be “classified.”

Comey told CNN that he had written "somewhere between five and ten" memos of his conversations with Trump, before adding that "there may be seven, there may be eight, I don't remember."

The former FBI Director also confirmed that some of the memos were classified "when I created them," but he was not sure how many fit that description.

Grassley, in January, pressed Rosenstein over whether the memo Comey shared with Richman contained classified information.

"According to press reports, Professor Daniel Richman of Columbia Law School stated that Mr. Comey provided him four of the seven memoranda and encouraged him to 'detail [Comey’s] memos to the press,'" Grassley wrote.

The release of the memos came in the midst of Comey’s media blitz to promote his new book, “A Higher Loyalty,” which was released this week. Comey has appeared on multiple networks for high-profile interviews and media appearances, where he has discussed the book and slammed former Obama administration colleagues, including former President Barack Obama.

Comey said he learned of that criminal referral in an appearance on ABC’s “The View” on Wednesday.

“The accusations are not true,” Comey said. “Let’s let the institution do its work.”