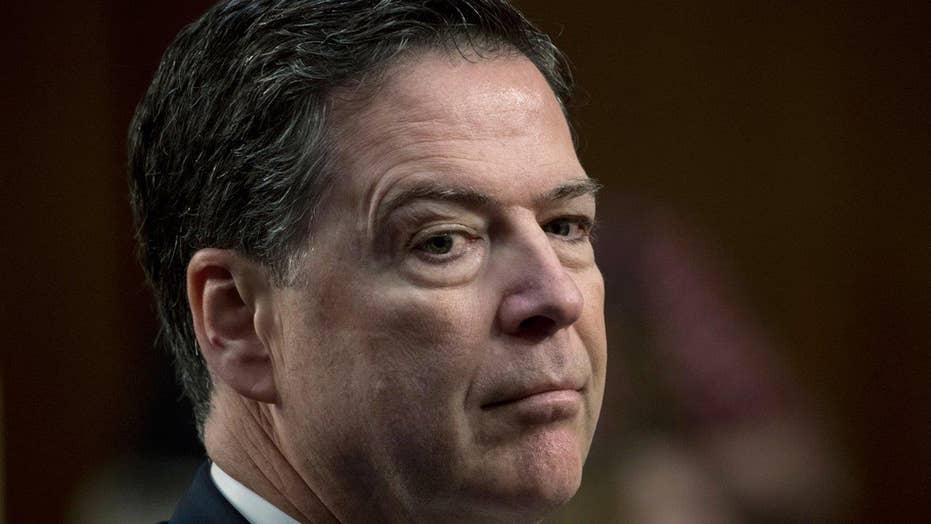 The Justice Department is refusing to let top FBI staffers be interviewed by Senate investigators, who want to ask questions about details surrounding the controversial firing of former FBI director James Comey and other issues.

The DOJ seemed to cite concerns about interfering with the ongoing special counsel probe into Russian meddling in the 2016 election.

"As a threshold matter, the scope of the Committee's inquiry has not been de-conflicted with Special Counsel [Robert] Mueller's investigation," the letter said. "… Therefore, in order to protect the integrity of the Special Counsel's investigation, as we have previously indicated, we will not be able to provide Mr. Ghattas or Mr. Rybicki for interviews at this time."

One of those officials, Rybicki, has been in the spotlight lately after partial interview transcripts emerged in which the former Comey chief of staff and another bureau official suggested Comey had started drafting an exoneration statement for Hillary Clinton in the private email investigation weeks before she was interviewed.

The claims, which emerged in interviews by the Office of Special Counsel and were disclosed by members of the Judiciary Committee, prompted some GOP lawmakers to question Comey’s past statements to Congress.

The claim of an exoneration statement raised concerns for Ratcliffe, because the congressman seemed to get a different explanation from Comey during a September 2016 hearing before the House Judiciary Committee. At the time, Ratcliffe asked Comey whether he made the decision not to recommend criminal charges against Clinton before or after she was interviewed by the FBI in early July.

White House Press Secretary Sarah Sanders also said Tuesday the DOJ should consider prosecuting Comey for various alleged “improper” actions. Sanders said the former FBI director “politicized an investigation by signaling he would exonerate Hillary Clinton before he ever interviewed her or other key witnesses.”

But Trump, for his part, faced intense criticism for his handling of the Comey firing earlier this year, including accusations from Democrats that he was trying to muffle the Russia meddling probe – which later was taken over by the special counsel.

Grassley and Feinstein repeatedly have asked for the two senior FBI officials to come before the committee, only to be turned down – and made clear from the start they had questions about Comey’s removal.

The Senate Judiciary Committee originally asked in July to interview Rybicki and Ghattas, who is with the FBI's national security branch. The senators subsequently agreed to limit the scope of their request, reiterating that they had questions about Comey’s firing, but were rebuffed by DOJ.

The two officials could have unique insight about Trump’s views and actions toward Comey.

Asked about the latest letter, the Department of Justice referred Fox News to the Office Special Counsel, which declined to comment.