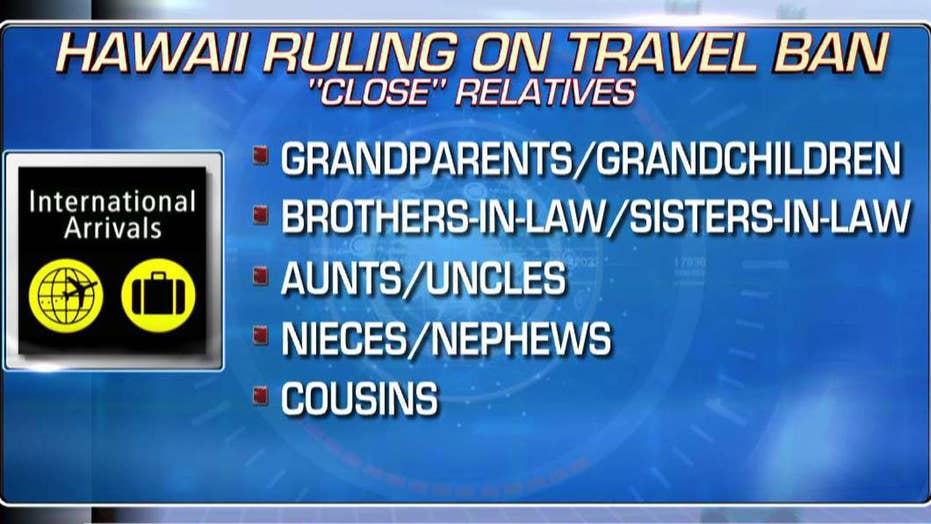 The Trump administration has told the Supreme Court that a lower court ruling earlier this week altering an executive order on immigration would bring thousands more refugees into the county and requires the justices’ “immediate intervention,” according to filing documents obtained early Saturday by Fox News.

The high court on Saturday gave the opposing parties in the case -- state of Hawaii et al -- until noon Tuesday to file responses to the Justice Department request.

In a victory for the administration, the Supreme Court late last month lifted key components of an injunction against President Trump's temporary travel ban on refugees and visitors from six mostly-Muslim countries.

The court reinstated much of the administration’s policy and promised to hear full arguments as early as this fall. 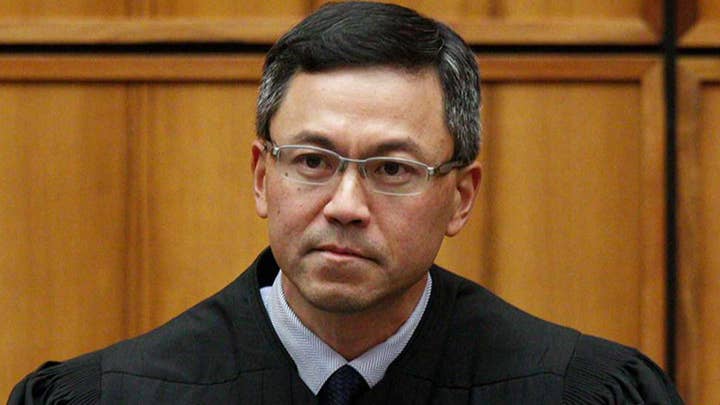 The high court’s ruling also exempted many refugees and travelers with a "bona fide relationship" with a person or an entity in the U.S.

The justices did not define those relationships but said they could include a close relative, a job offer or admission to a college or university.

The Trump administration defined the relationships as people who had a parent, spouse, fiancé, son, daughter, son-in-law, daughter-in-law or sibling already in the U.S.

However, U.S. District Judge Derrick Watson, in Hawaii, issued an order Thursday to expand the list of U.S. family relationships that refugees and visitors from the six countries can use to get into the United States to include grandparents, grandchildren, brothers-in-law, sisters-in-law, aunts, uncles, nieces, nephews and cousins.

The high court’s nine justices are on a three-month summer recess. But they are prepared to handle the emergency application and could issue an order on enforcement in coming days.

Beyond Watson’s order that would expand the scope of “bona fide” family relationship in the United States to allow refugees entrance, the Justice Department also raised a second argument about the relationship between the federal government, potential refugees and a resettlement agency involved in the process.

However, who is allowed into the United States is the focal point of the case, as Trump tries to limit in the influx of visitors as a means of national security, particularly keeping out terrorists.

Any immediate expansion of the refugee program will be on hold until the high court weighs in.

In the Justice Department appeal, agency lawyers argued that Watson's interpretation of the high court ruling on what family relationships qualify the refugees and visitors from the six countries to enter the U.S. "empties the court's decision of meaning, as it encompasses not just 'close' family members, but virtually all family members. Treating all of these relationships as 'close familial relationship(s)' reads the term 'close' out of the Court's decision."

Watson's ruling was the latest twist in a long, tangled legal fight that will culminate with arguments before the nation's high court.

It could help more than 24,000 refugees who had already been vetted and approved by the United States but would have been barred by the 120-day freeze on refugee admissions, said Becca Heller, director of the International Refugee Assistance Project, a resettlement agency.

"Many of them had already sold all of their belongings to start their new lives in safety," she said. "This decision gives back hope to so many who would otherwise be stranded indefinitely."

Citing a need to review its vetting process to ensure national security, the Trump administration capped refugee admissions at 50,000 for the 12-month period ending Sept. 30, a ceiling it hit this week.

Attorney General Jeff Sessions said the administration will ask the Supreme Court to weigh in, bypassing the San Francisco-based 9th U.S Circuit Court of Appeals, which has ruled against it in the case.

The administration took a first step by filing a notice of appeal to the 9th Circuit, allowing it to use a rule to petition the high court directly.

The administration has lost most legal challenges on the travel ban, which applies to citizens of Syria, Sudan, Somalia, Libya, Iran and Yemen.

Hawaii Attorney General Douglas S. Chin, who sought the broader definition, said Thursday's ruling "makes clear that the U.S. government may not ignore the scope of the partial travel ban as it sees fit."