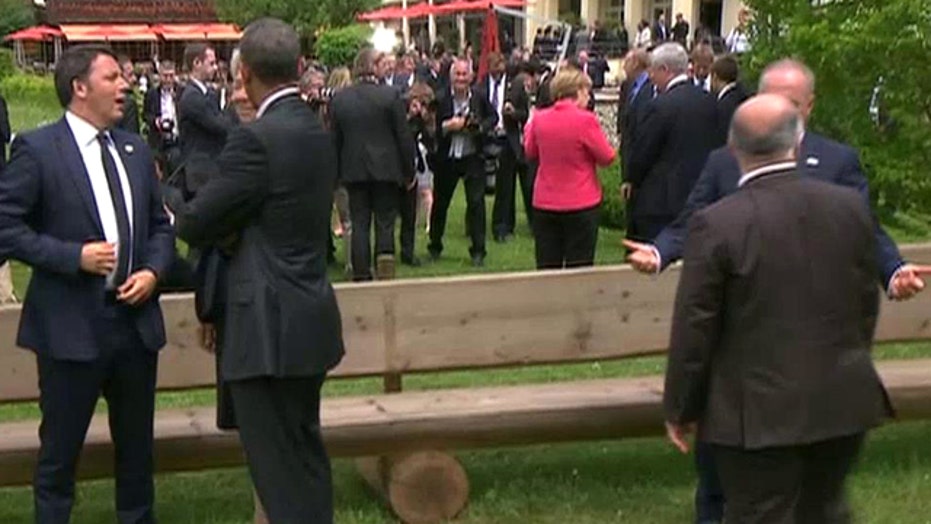 Video from the G-7 summit in Germany appears to show Iraqi Prime Minister Haider al-Abadi trying to get a word in with the U.S. president after world leaders were gathered for a group photo.

Obama can be seen on a bench chatting it up with Italy’s prime minister and Christine Lagarde, the managing director of the IMF – when al-Abadi and his translator take a seat next to Obama.

As Obama and the other leaders huddle to talk, Obama appears unaware of Abadi, who awkwardly sits about a foot away with his translator and waits to get the president’s attention. It never happens.

When Obama, Lagarde and Italy's Mario Renzi stand up, so does Abadi – though he is still ignored. Finally, Abadi looks at his watch, his translator lifts his hands in the air and shrugs, and the two walk away.

The two eventually got to talk. Obama shortly afterward held a formal sit-down meeting with al-Abadi, who has been pleading for additional international assistance in confronting the Islamic State.

The two leaders also met at the White House in April but Monday's meeting was the first between the two after ISIS militants took control of Ramadi.