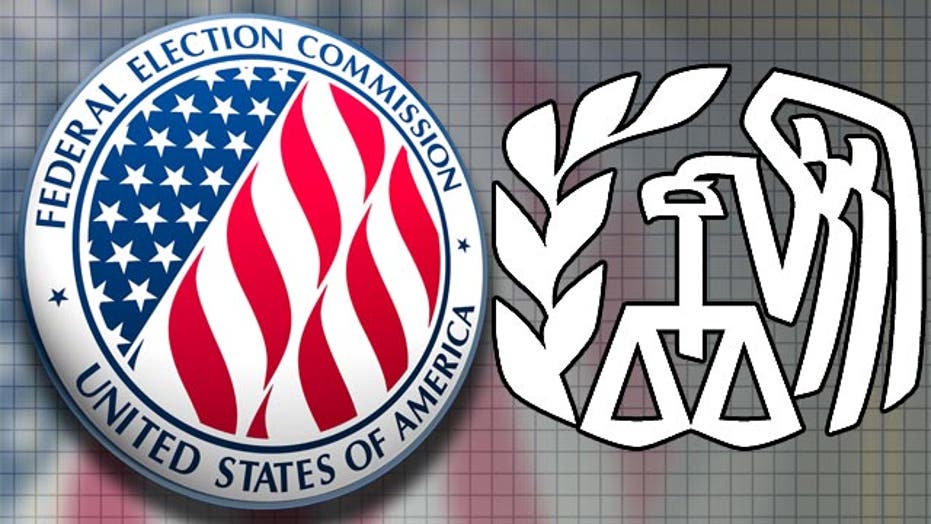 -- White House Press Secretary Jay Carney refusing to define what he and President Obama meant when talking about “phony scandals.” Carney, though, intimated that the targeting of political groups by the IRS and the doctored White House talking points on the Islamist raid on a U.S. outpost in Benghazi, Libya were “phony.”

We now know that IRS honchos shared information about conservative groups with other agencies, using the vast data in the IRS databanks to help other federal officials make cases against conservatives. Now we need to know how much, how often and what kind.

Email exchanges between Lois Lerner, the Democrat at the center of the probe into abuses at the IRS,  and a lawyer at the Federal Elections Commission show Lerner and the lawyer teaming up to try to block a conservative group from winning a case before the commission.

The pixel trail obtained by the House Ways and Means Committee leaves a strong suggestion that Lerner passed confidential information to the lawyer in a bid to squeeze a Minnesota conservative group under fire from state Democrats. The way it’s supposed to work is that the commission doesn’t investigate until its members find probable cause, but here we have a still-unnamed attorney doing a stealth investigation with Lerner’s help in an apparent bid to sway commissioners ahead of their vote.

The chances for collusion are helped by the fact that prior to coming to the IRS, Lerner was the longtime head of the elections board’s enforcement office. That’s where she first earned the ire of conservatives for targeting religious groups, especially the demand from her office to know about the content of prayers tendered for the sake of Lt. Col. Oliver North.

Lerner, therefore, would have had plenty of knowledge about how to game the system at the commission to make sure a complaint turned into a case – precisely what her successors at the FEC would need to drop the hammer on a conservative group. And given the warren of unlisted government email addresses and the prevalent use of personal accounts for public business, it’s hard now to know just what passed between Lerner and the FEC.

We may be getting a better sense of why Lerner refused to testify on the grounds that she might incriminate herself. House Republicans allege that conservative groups that sought nonprofit status from the IRS found themselves suddenly the targets of multi-agency federal barrages. If there is a sign that there was covert information sharing at one agency, it could lead to more. And that could be the most damning revelation yet.

Congressional aides pouring over reams of correspondence delivered in a data dump from the agency stumbled upon the IRS-FEC exchange, but that is only finding the needle in the haystack. Sewing up the case is quite another.

Acting IRS Commissioner Danny Werfel today faces questioning at the House Ways and Means Committee. The topic is supposed to be about the agency’s ability to enforce the president’s health law. Given the IRS’s problems with abuse and political targeting, there’s much concern over the agency’s ability to reliably and fairly collect information about people’s health insurance coverage and to reward or punish those who either qualify for free insurance or fail to comply with the mandatory insurance component of the law.

Having only recently been sent from the White House to helm the agency during the investigation, Werfel can reasonably plead personal ignorance as to what Lerner was doing in 2010. But, President Obama’s slow walk on the IRS is running out of time. And the longer Werfel waits to answer questions, the more the narrative will be controlled by the discoveries made in Congress.

House investigators have given the agency two weeks to cough up all the correspondence between its officials and the FEC, and the snapshot revealed in Lerner’s emails suggests that there may be much more to see.

“[Attorney General Eric Holder’s] defense is, ‘Oh, I just lied to a judge in saying that Rosen was a perspective criminal suspect.’  That's a hell of a defense if you are the attorney general of the United States.  He ought to be under the bus, but there is no chance.  He is too much of a friend of the president.  That's what saves you in this administration.  Probity doesn't.”