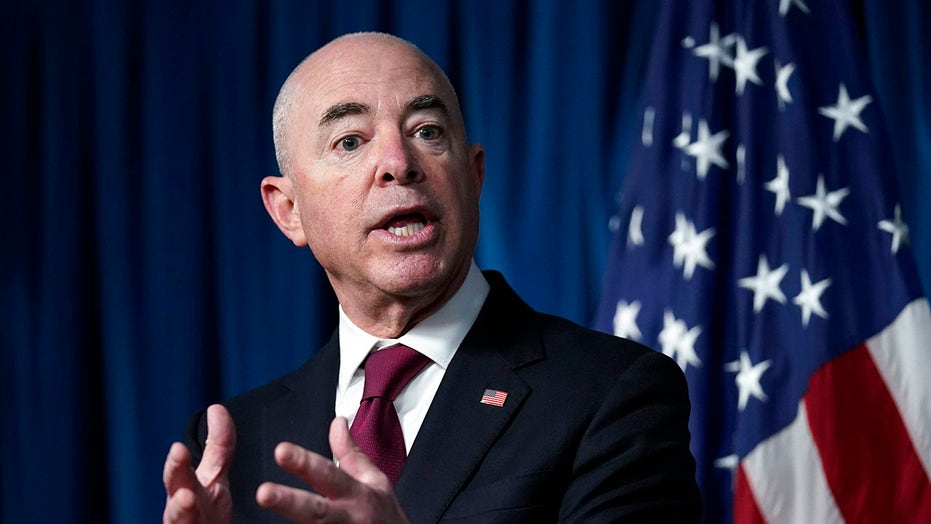 Secretary of Homeland Security Alejandro Mayorkas traveled to Del Rio, Texas, on Monday for a briefing on how the Biden administration is responding to a migrant surge in the area.

According to the Department of Homeland Security, Mayorkas is meeting with state and local officials to address the situation, in which thousands of predominantly Haitian migrants are flooding the border. Many have set up a de facto camp under a bridge to shelter from the 100-degree heat as their numbers swell and they wait to be processed by Border Patrol.

"We certainly are experiencing a challenging situation, but we are surging resources and we have a multipronged approach to this," Mayorkas told CNN on Sunday. He said that so far the administration had added 600 agents as part of a surge in the region and was working with with American Red Cross and World Central Kitchen to bring supplies and food to people.

Mayorkas discouraged more people from rushing to the border to try and enter the U.S., especially during the COVID-19 pandemic.

"We have sent a very clear message early on in light of the fact that we are in the midst of a pandemic, that the border is not open and people should not take the perilous journey here," he said. "We are returning people to other countries."

Lawmakers, including Rep. August Pfluger, R-Texas, have said the situation was sparked in part by a halt to deportation flights by the Biden administration. Pfluger said Haitians and others who were waiting in Central America took that as a green light to come to the U.S.

"So when those flights were stopped by the U.S. government...they got the word and it was like ‘go time,’" he said.

The number of migrants had reached 4,000 on Wednesday, then skyrocketed to nearly 15,000 as of Saturday afternoon, Pfluger told Fox News.

Images from the scene have shown Customs and Border Protection officials on horseback as they try to maintain order.

On Friday, the administration closed down the Del Rio point of entry, instead directing migrants to Eagle's Pass 57 miles away.

DHS announced Saturday it was taking a number of additional steps to address the matter, including ramping up deportation flights to Haiti, moving people from Del Rio to other processing centers, and having Border Patrol emergency medical technicians in Del Rio to provide water, towels and portable toilets.