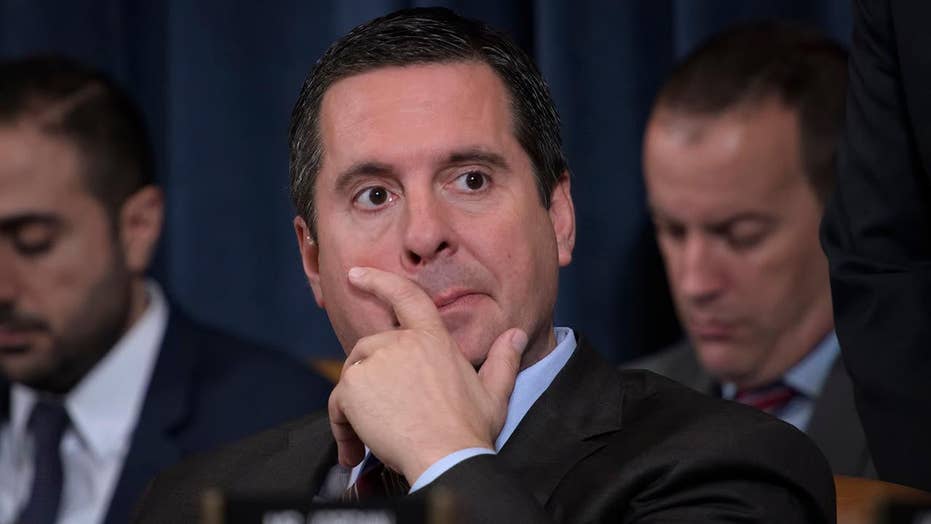 Devin Nunes: Who could possibly see this impeachment inquiry as fair and impartial?

Rep. Devin Nunes, R-Calif., questioned Schiff, D-Calif., whether the chairman expected to “have any more ‘magical’ 15 minutes” after the lawyer representing the Democrats continued questioning former U.S. special representative to Ukraine Kurt Volker and Tim Morrison, a former top national security adviser to Trump, following a recess in the hearing.

Schiff responded that the 15 minutes of questioning was allowed under a House resolution. Following the verbal scuffle between the chairman and ranking member, the Republicans’ lawyer, Steve Castor, was able to question Volker and Morrison.

Nunes, who has been a combative presence to Democrats throughout the impeachment hearings, questioned the length of Tuesday’s hearing as it dragged on into the evening hours. It came after a recess when Democrats and Republicans mutually agreed to take additional time before going into the individual member rounds.

During earlier testimony, Nunes made news when referring to a witness as “Mr.” instead of using his military rank. When Nunes looked down from the dais Tuesday and addressed Alexander Vindman as “Mr. Vindman,” the military man pushed back. 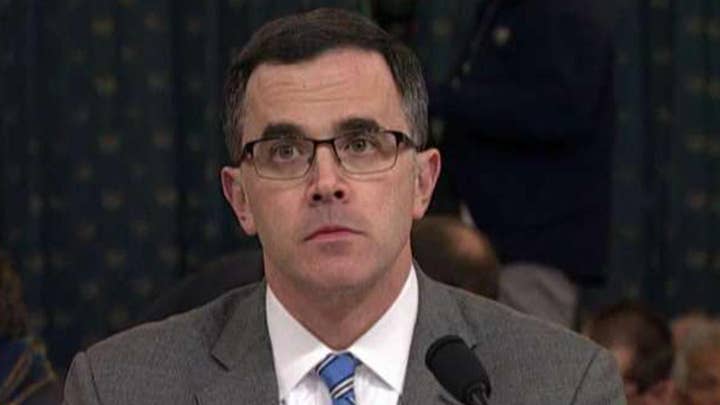 The exchange highlighted the extent to which identity politics have been playing a role in the impeachment investigation against the 45th president on the cusp of the 2020 election year. 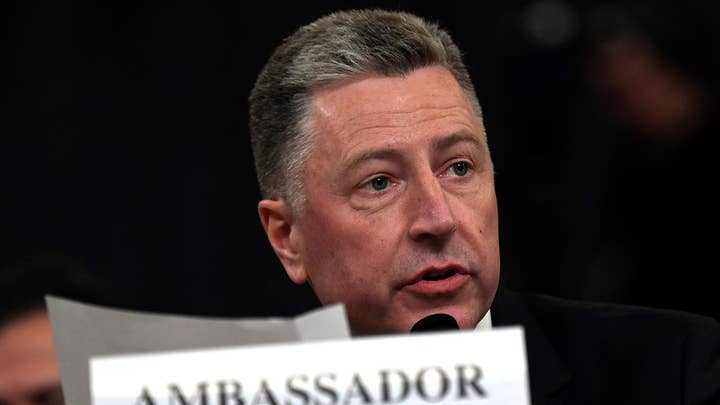 “Lt. Col. Vindman, I see you’re wearing your dress uniform,” Stewart said, thanking Vindman and his brothers for their service. “Do you always insist on civilians calling you by your rank?”

Vindman said he wore his uniform because he had been subjected to Twitter “attacks” that seemed to “marginalize me as a military officer.”

“I just thought it was appropriate to stick with that,” Vindman said of his uniform.

Stewart replied that Nunes “meant no disrespect to you.” 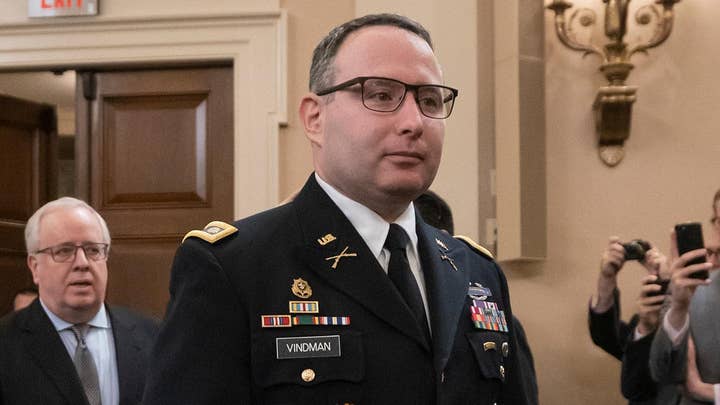 But, Democrats weren’t ready to let the matter go.

“Your loyalty is being questioned... because you are an immigrant,” said Rep. Raja Krishnamoorthi, D-Ill., himself an immigrant.