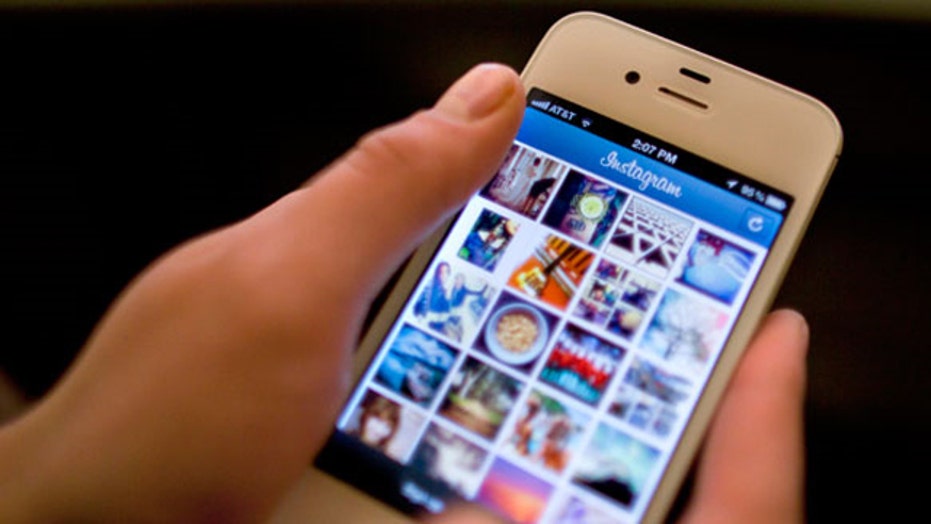 Your cellphone may have been tracked by the government

Shannon Bream reports on agencies' use of 'stingray' technology

An electronic device that tricks cellphones into revealing a user's location is becoming a key weapon for law enforcement in its battle against drug traffickers, terror suspects and other dangerous criminals -- but its potential misuse against innocent Americans and the secrecy surrounding which agencies have the devices is of growing concern by civil liberties watchdogs and lawmakers.

Cellular site simulators — known as "StingRay tracking" — basically are fake cell towers that use digital signals to trick a cellphone into revealing its location and other information. Law enforcement typically places the device near the location of a known suspect -- but they also have been used at large gatherings such as rallies, where the digital information of hundreds, even thousands, is scooped up.

And while law enforcement agencies turn to the courts for permission to deploy the devices, the requests typically are generic applications called "pen register applications," which only require the agency to affirm that the device will be used in a criminal investigation, without having to name a specific individual. That legal vagueness is what concerns lawmakers.

"If you can track somebody’s location 24/7, you know the content of their life," said Rep. Jason Chaffetz, R-Utah. "I think innocent Americans have a reasonable expectation of privacy."

Chaffetz last November proposed the Stingray Privacy Act, which would toughen the warrants needed to deploy the devices and make their use without a court order illegal and punishable with a fine or up to 10 years in prison.

Since introducing the bipartisan legislation, Chaffetz said his ongoing investigation into which agencies use StingRay devices and why has yielded few answers.

"For instance, the IRS has this technology," he said. "What in the world are they doing with it? It raises questions as to why they would need to track people as they move around the country."

Rep. Jason Chaffetz, R-Utah, introduced a bill in November that limits the use of cell site simulators by government agencies as well as state and local law enforcement. (AP)

Cell site simulators are currently used by 13 federal agencies, including the U.S. Marshals Service and Drug Enforcement Administration, and at least 50 local and state police departments, according to the American Civil Liberties Union.

Places where the devices are used by local and state police include California, Texas, Minnesota, Florida, Maryland and New York.

Police Use of Stingray Tracking by State | Graphiq

The Balitmore Police Department reportedly used the devices more than 4,300 times since 2007, and agreed with the FBI -- which loans out the devices to local law enforcement agencies -- to drop cases rather than disclose its use, according to an article published last year by Scientific American.

The FBI, meanwhile, on Wednesday told FoxNews.com that the stingray devices are designed to provide only general location information.

"They are not able to triangulate a phone’s location, nor do they provide precision location data such as latitude/longitude data or GPS data, as they do not obtain or download any location information from the device or its applications," the agency told FoxNews.com in an email response to questions.

"The FBI only collects and maintains information that has investigative value and relevance to a case, and such data is retained in accordance with controlling federal law and Attorney General policy," the agency said. "If the records obtained are deemed relevant, the specific records are made part of the investigative case file."

The Justice Department says it instituted a policy last fall that requires law enforcement agents to "obtain a search warrant supported by probable cause before using a cell-site simulator."

"Department components will be required to track and report the number of times the technology is deployed under these exceptions," the department said.

The policy applies to law enforcement within the DOJ -- such as the FBI, DEA, ATF and U.S. Marshals -- and also applies when such agencies are working on task forces with state and local law enforcement.

The U.S. Marshals Service also confirmed that the technology is used based on "pre-established probable cause in arrest warrants issued for crimes such as murder, sex offenders, robbery, drug offenses, kidnapping, escape and other criminal activities which negatively impact public safety."

But Chaffetz and other lawmakers question the guidelines under which local police departments are using the technology.

"What we’ve confirmed is that the standards set forth by the FBI are not shared by these other departments and agencies," said Chaffetz, who is chairman of the House Oversight Committee.

"There needs to be limitations and there should be a probable cause warrant and at the very least, articulable suspicion. "Right now, they’re left to make it up as they go along," he said.

When asked if it has set guidelines for the many state and local agencies that use the technology, the FBI said it "defers to the local agency for information concerning their policies for use."

The use of Cell site simulators raises several legal questions, but most immediate is "probable cause" -- sufficient evidence that a crime has been committed, the baseline for law enforcement to make an arrest, search or seize without a warrant.

"The idea of police, acting without any judicial oversight, mining the cellphone data of a large group of people, the majority of which the police have no cause to believe have committed a crime, in a 'virtual dragnet' sounds Orwellian and raises serious Fourth Amendment issues," said Mark Bederow, a criminal defense attorney and former New York prosecutor.

"Obtaining internal cellphone data generally requires some form of legal process or judicial permission, such as a subpoena or warrant," Bederow told FoxNews.com.

When it comes to crimes unrelated to the intended purpose of the simulators, Bederow said, "Police acting lawfully are not required to avert their eyes or ears to criminal activity that occurs in their presence."

Meanwhile, the secrecy behind the use of stingray devices extends to the manufacturers. Scientific American reported last year that Harris Corp. of Melbourne, Fla., a major manufacturer of the devices, petitioned the FCC to block Freedom of Information Act requests for detailed information about the devices. Harris reportedly also requires local agencies to sign non-disclosure agreements before allowing them to use their equipment.