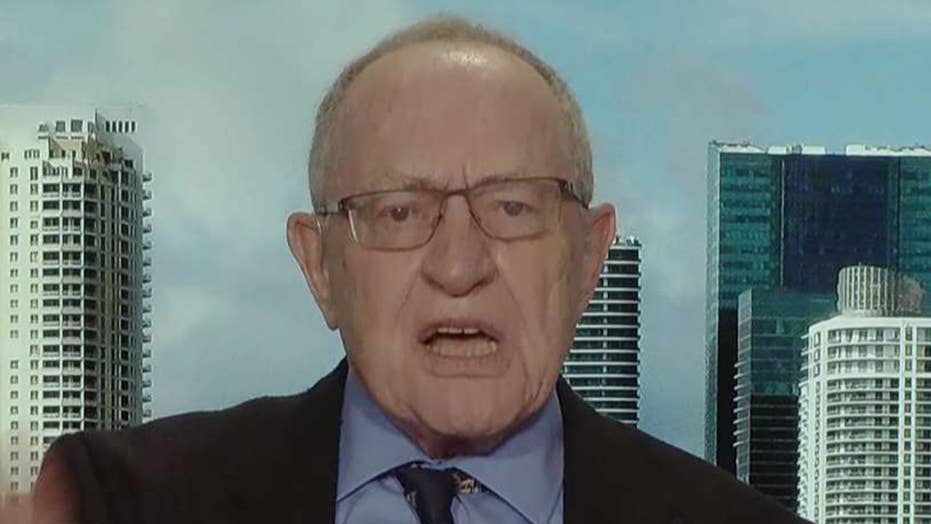 Alan M. Dershowitz, the attorney and Harvard Law professor emeritus, slammed Robert Mueller on Sunday, saying the special counsel engaged in a “cop out” by stating that his report neither exonerated President Trump nor concluded he'd committed a crime related to obstruction of justice.

Dershowitz said Mueller seemed to try having it both ways. “It sounds like a law-school exam,” he said, adding that the report sounded wishy-washy. “Shame on Mueller.”

The special counsel “did not draw a conclusion” as to whether obstruction of justice took place, according to a letter with the key findings released Sunday by Attorney General William Barr.

Dershowitz also said it was a great day for Trump and a “very bad day for CNN” given how many of the left-leaning cable network's personalities and guests predicted the probe would lead to a slew of indictments for collusion and obstruction. “They should be hanging their heads in shame.”

Barr's four-page letter, addressed to top Democrats and Republicans on the House and Senate Judiciary Committees, offered key insight into the nearly two-year-long investigation, the results of which were submitted to the Justice Department on Friday.

Dershowitz said the job of the prosecutor is to make a binary decision, yes or no: yes means indictment and no means “shut up.”

He also said Mueller failed to have the "guts" to say yes or no, despite all the time and money spent on the probe.

Mueller was assigned to the job in May 2017 by Deputy Attorney General Rod Rosenstein, who oversaw much of his work. Mueller's office "issued more than 2,800 subpoenas" and executed nearly 500 search warrants throughout the duration of the investigation, which lasted close to two years.

The office also "obtained more than 230 orders for communication records, issued almost 50 orders authorizing use of pen registers, made 13 requests to foreign governments for evidence, and interviewed approximately 500 witnesses" during the probe.