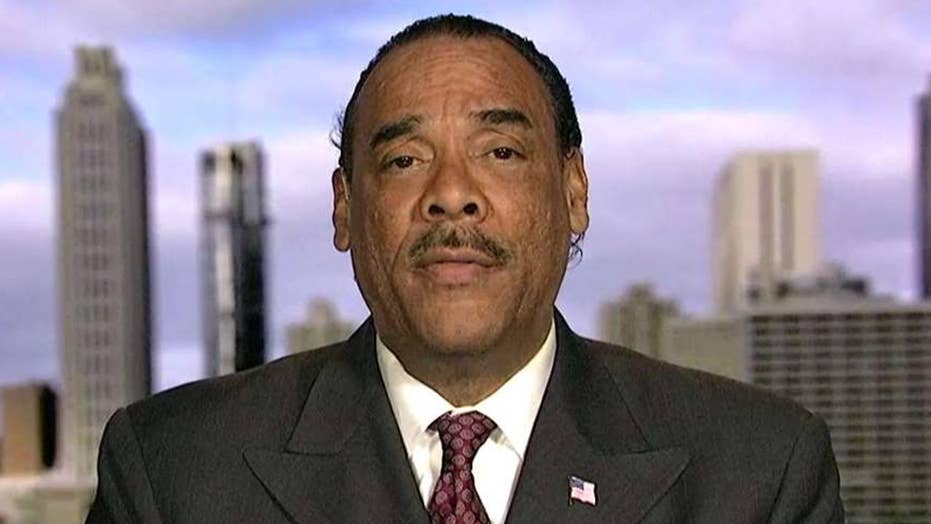 Bruce LeVell, RNC media surrogate and executive director of the National Diversity Coalition for Trump, says lawmakers who are planning to boycott President Trump's State of the Union address are doing their constituents a disservice.

Florida Rep. Frederica Wilson added her name to a growing list of Democratic lawmakers who say they are fed up with President Trump and will boycott his State of the Union address at the end of the month.

Wilson, who was elected in 2010 and made headlines last year for fighting with Trump over his telephone call to the widow of a fallen soldier, cited the president’s “recent racist and incendiary remarks about Haiti and African nations” for reasons why she wouldn’t be attending the Jan. 30 speech.

“For the first time since I began serving in the U.S. House of Representatives, I will not be attending the president’s State of the Union address,” Wilson said in a statement late Sunday. “I have no doubts that instead of delivering a message of inclusivity and an agenda that benefits all Americans, President Trump’s address will be full of innuendo, empty promises and lies.”

“Why would I take my time to go and sit and listen to a liar?” Waters said on MSNBC over the weekend. “Someone who lies in the face of facts, someone who can change their tune day in and day out. What does he have to say that I would be interested in? I don’t appreciate him and I wouldn’t waste my time sitting in that house listening to what he has to say. He does not deserve my attention.”

Lewis made his announcement Friday, citing reports that Trump had referred to some African countries as “s---holes” in a conversation with lawmakers about immigration.

“I cannot in all good conscience be in a room with what he has said about so many Americans,” Lewis said on MSNBC Friday. “I just cannot do it. I wouldn’t be honest with myself.”

Blumenauer said he would be skipping the event before Trump’s remarks became public, but said it would be a waste of time and that he was staying home.

"Rather than listening to another destructive, divisive speech by Trump, I will not attend this year’s annual address to Congress," Blumenauer said in a statement. "Instead, like I did during his inauguration, I'll be working at home listening to Oregonians about what they think about the State of the Union."

On Sunday, the president addressed the people who are accusing him of being a racist.

“I’m not a racist,” Trump told reporters. “I am the least racist person you have ever interviewed. That I can tell you.”

The State of the Union boycott isn’t the only protest planned by Democrats.

“Some members will be bringing survivors of sexual assault and advocates as their guests,” an aide to Florida Rep. Lois Frankel told NBC News.

Other ideas that have since been nixed include holding mock trials with the women who have accused Trump of sexual misconduct.

Trump has denied any claims of sexual misconduct.

Democrats’ boycott of the annual address isn’t something new.

Scalia, who died in 2016, had missed the State of the Union address more than a dozen times, and called the event “a childish spectacle."